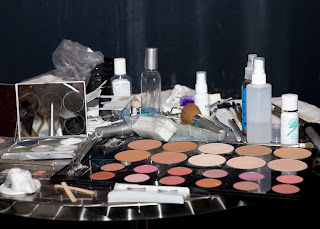 I've recently completed an intense content edit for my novel coming out in July called "Cosmetic Heart." I signed the contract for this novel about six months ago. I'd lost the feel of the book after all that time and was pleased to have a thorough go-through with an editor. I have to admit that, at first, I struggled with her edits because they were so different from my previous editor's style and outlook. Once I got into them, I saw where she was coming from and now feel that my book is so much better. I'm so thankful for editors. What would I do without them?

Now back to character arc. The characters in this novel don't start off perfect. They start off with serious character flaws which pitch them against their happily-ever-afters. During the story, they change and become the people they were meant to become. The romance leads them forward and develops their characters. I think a romance isn't complete without a character arc. Not only do the hero and heroine find love, they find a way to view the world differently. They change and become better people. Love and the need for love changes them or so it should.

How do you create a believable character arc that makes the reader sympathise with your characters? That's a hard one. In the beginning, your character must believe a lie. In Wedding Gown Girl, Kienna believed that true love didn't exist, especially for her. She was afraid to give her heart to Blake because her ex-husband had lied to her about his true feelings for her. In the movie Nottinghill, the heroine Anna (Julia Roberts) believed that it was too risky to love with the world looking on. She'd messed up before and didn't think she could sustain love again with an audience. In most romance novels, there is some pain in the hero or heroine's past that is making them believe a lie. In Sleepless in Seattle, the hero is afraid to love again because he lost the love of his life before. What if he loses his love again? Yes, he may but he will miss out on happiness in the here and now if he doesn't jump in and take the risk. Finally, his son helps him discover this.

The character can't discover the truth too soon. They can begin to get inklings of it along the way but firstly, the lie must get stronger and bigger, like the cookie monster. It must consume them so that they give up or almost give up on the one they love. So, the process of a romance novel isn't just the falling in love, but also the falling out of pain or lies.

There must be a black moment. I struggle with always finding the exact blackest moment as in some novels, I have several black moments. Those are the moments when the lie is exposed. Straight after the black moment is the crucial moment when your character has to choose to face their pain and fear and rise above it or to take the safer route and deny their heart and love. Once they choose the courageous path, their character has changed and they've made the character arc.

One of my favourite authors, Katie Fford, does lovely character arcs. They're subtle, but her characters don't only find love but learn something vital along the way about life and themselves.

Ways in which characters can learn the truth about the lies they believe:

In Cosmetic Heart, my heroine, Lisa, believes a big fat lie. She believes that being strong and independent is safer and better for her than opening up her heart to love. She's put layers over her heart like make-up over skin. She starts off in the story as a make-up artist. You will have to read my book to find out how she discovers it's a lie.
Posted by Kathy Bosman at Friday, June 21, 2013