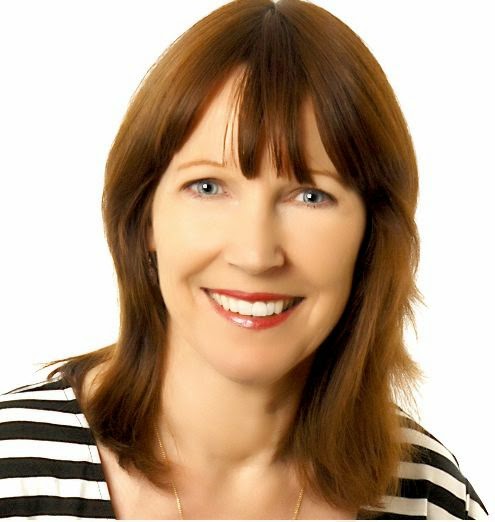 I don't know if you remember that I had Karen King talking about her young adult novel a while back. Well, she's back and this time, she's writing under Kay Harborne and she's writing romance - although, unknown to me, she's pretty old hat at that too! I adore the tagline of her book and it hooks me straight away - Do you follow your dream or do you follow your heart?


Kay Harborne has written several romance stories for women's magazines. Her romance novel The Millionaire Plan was nominated for the RONE Award earlier this year. Never Say Forever was originally published by as a People’s Friend Pocket Novel, then in large print by Linford Romance. She is delighted that Astraea Press have republished it.  Kay has also written many children's books under the name of Karen King. She loves reading, writing and eating chocolate.

Never Say Forever is about to be released so the buy links below may not lead you directly to the book yet but keep your eyes open for this fascinating book. 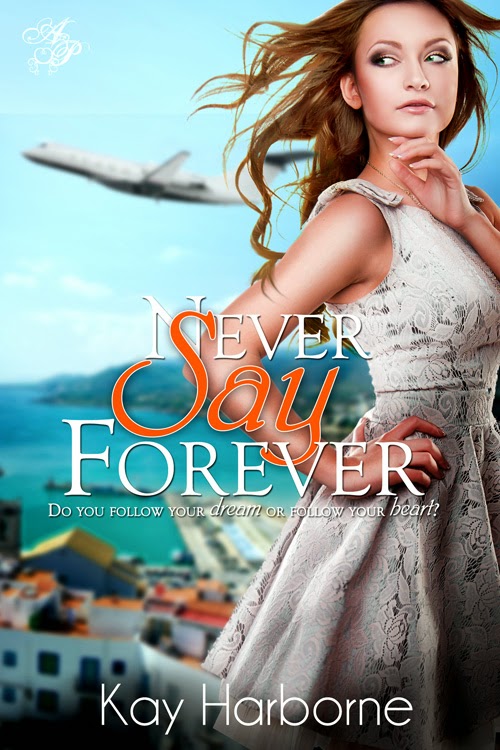 
That’s the decision Kendall McKenzie has to make when she meets hunky businessman Jake Newman. It’s obvious that he’s as attracted to her as she is to him. But Kendall has vowed to never get married – and it seems that Jake, too, is determined to never commit. When the two are together however sparks fly and it’s obvious to everyone except themselves that they’re meant to be together. Can Kendall trust Jake enough to give him her heart? And if she does will she have to say goodbye to her dream?


He turned and saw an open door leading into the kitchen where Kendall, her back towards him, was unplugging the kettle. She was wearing a neat, grey, pinstriped suit, the jacket tapering in at the waist and the skirt finishing just above the knee, with enough of a slit to reveal her very shapely legs.

She turned around and smiled at him, and his heart missed a beat. She was incredibly pretty and fresh, even at this early hour. Her glowing hair was loosely tied back from her face, which was bare of make-up apart from a touch of lipstick, and her eyes were bright and sparkling, as if she’d had a restful night’s sleep.

“OK, I’m ready now. I’ve just got to get my suitcase out of the bedroom.”

Here was where he was supposed to tell her that she was staying at the Birmingham office, that he didn’t need her in Spain, after all. But the words wouldn’t come. He might not need her in Spain with him, but he definitely wanted her there.

“Ouch!” Kendall’s cry of pain interrupted his thoughts. He dashed down the hall and saw her bending down, rubbing the back of her leg, the suitcase on the floor behind her.

“Are you all right?” he asked, worried. His eyes rested on the hole in her tights and the bruise already forming. “That looks nasty,” he said sympathetically.

She flushed. “The case was heavier than I thought. I stumbled and caught the back of my leg with it. I’ll be fine. I just need to change my tights.”

“I’ll wait in the car for you.” He effortlessly picked up the heavy suitcase. “And we’re all right for a few minutes if you want to put some ice on that bruise.” Without waiting for an answer, he carried the suitcase out the front door.

Maybe he was the one who needed the ice, he thought, as he took the case down to the car. The sight of Kendall’s bare skin peeping through the hole in her tights and hint of cleavage as she’d bent down to rub her leg had certainly made his temperature rise.

Don’t even think about it, he warned himself as he pressed the remote to open the car boot. This was a business trip, and he had to keep it that way. He never mixed business with pleasure and he wasn’t about to start now. Not even with Kendall McKenzie.

Especially not with Kendall McKenzie.

It was only as she walked into the car park at the back of the flats that Kendall realised she didn’t know what sort of car Jake drove, but the sleek midnight-blue sedan just had to be his. She was a bit taken aback when he got out, walked around, and opened the passenger door for her. Not many guys did that nowadays.

“Thank you,” she said as she slid onto the leather seat.

“My pleasure.” There was a hint of teasing in his reply, as if he knew he’d surprised her.

“Love the car,” she said as he got in beside her.

He flashed her a smile. “I quite like it too.”

“It might have been better if you’d got someone to drop us off at the airport so they could take the car back,” she suggested. “I wouldn’t risk leaving a car like this parked at the airport.”

ʺI’m not. I’ve left a spare set of keys with my chauffeur. He’ll pick it up later this morning then drive it home for me. It didn’t seem fair to drag him out of bed this early.”

He’s a nice guy, Kendall thought, kind and considerate yet rich and successful. In her experience, the qualities didnʹt always mix.

As they drove along, she was acutely aware of his presence beside her, of his strong hands holding the wheel casually but firmly, of his left hand reaching down to change gears effortlessly and smoothly, just a few centimetres from her knee.

“How long did you teach in Thailand?” he asked her. “I spent a bit of time over there myself a couple of years ago. It’s a beautiful country.”

“I was there for a year.” She was glad of the diversion. “I taught in a school in Chiang Mai.”

For the rest of the journey they spoke about Thailand and some of the other countries they had both visited, and she realised that he was actually very easy to talk to with a good sense of humour. She was almost sorry when they arrived at the airport; she’d enjoyed his company so much.

Careful, she told herself. I bet he’s as charming as this with all the women he meets. She knew he had a reputation for collecting beautiful girlfriends — Tanya had hinted as much at the engagement party. He was the eternal bachelor. Well, she was the eternal bachelor girl, wasn’t she? She could handle Jake Newman, even if he did make her go all goose-bumpy.