Today, I have fellow Astraea Press author Helen Pollard talking about her romance, Warm Hearts in Winter. I adore this cover. 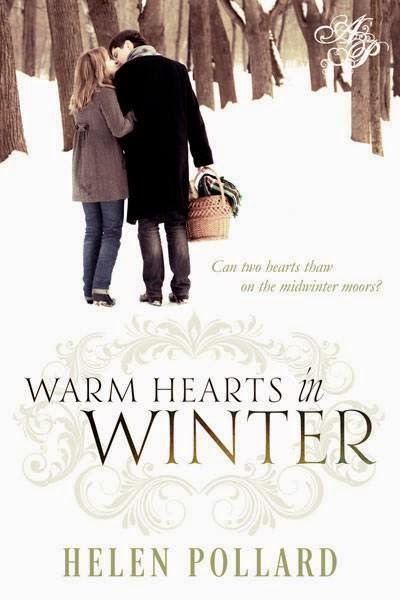 Can two hearts thaw on the midwinter moors?

Forced by circumstance into the world of temping, when Abby Davis accepts an assignment in the wilds of as personal assistant to a widowed novelist, she assumes he is an ageing recluse.

Thirty-something Jack Blane is anything but. Still struggling to get his life and writing career back on track three years after his wife’s death, Jack isn’t ready for a breath of fresh air like Abby.

Snowed in at his winter retreat on the moors, as the weeks go by and their working relationship becomes friendship and maybe more, Abby must rethink her policy of never getting involved with someone at work … and Jack must decide whether he is willing to risk the pain of love a second time. 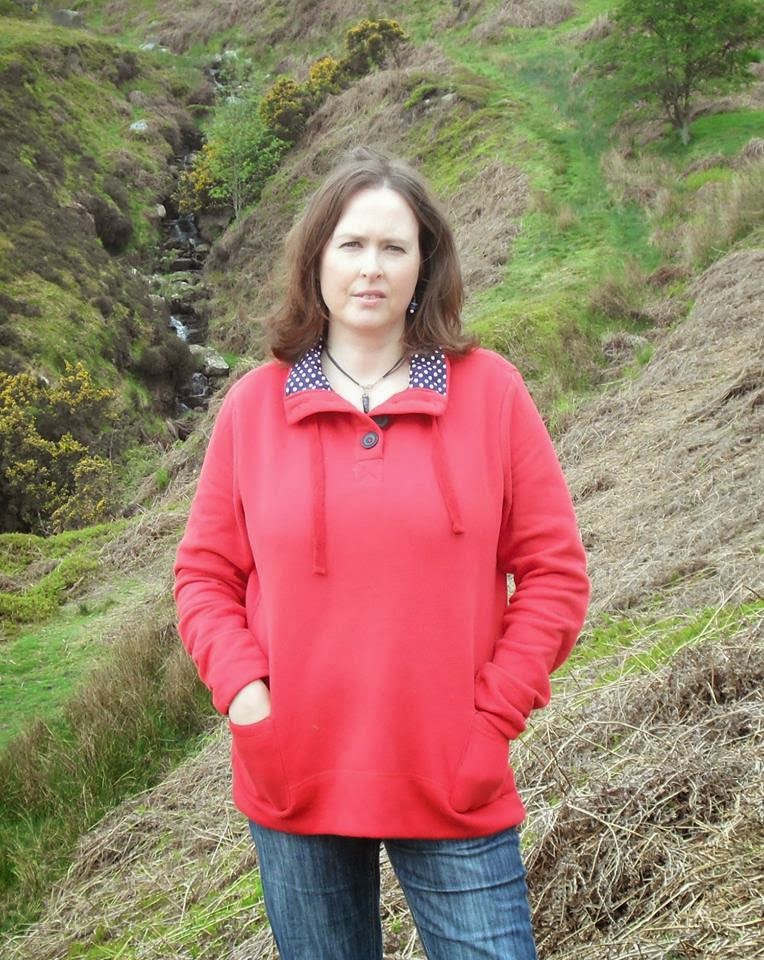 Helen Pollard writes contemporary romance with old-fashioned heart. She firmly believes there will always be a place for romantic fiction, no matter how fast-paced and cynical the world becomes. Readers still want that feel-good factor - to escape from their own world for a while and see how a budding romance can blossom and overcome adversity to develop into love ... and we all need a little love, right?

A Yorkshire lass, Helen is married, with two teenagers. They share space with a Jekyll and Hyde cat that alternates between being obsessively affectionate and viciously psychotic. Antiseptic cream is always close at hand.

When Helen’s not working or writing, it goes without saying that she loves to read. She also enjoys a good coffee in a quiet bookshop, and appreciates the company of family and close friends.

Excerpt from Chapter One:

Abby chewed her lip in anxious concentration as she peered through the windscreen, her fingers gripping the steering wheel so hard her knuckles were white. The narrow country road would be hard to negotiate at the best of times, but in the dark and the snow it was almost impossible. Despite her slow speed, the full beam from her headlights barely showed a bend until she was almost upon it — but since there was nowhere to turn around, all she could do was grit her teeth, stay calm and fervently hope her satnav didn't lead her down a sheep track or into a swollen river.
She allowed herself a soft curse at the weather and directed another at Casey while she was at it. It was all her fault this was happening. No, that wasn't true. Her friend was only trying to help, and it was because of their friendship that Abby had been foolish enough to accept this assignment. That and the fact she'd had little choice in the matter. Her recent bad luck — if that was what you could call it — hadn't allowed her the luxury of choice. She needed a job. Her best friend managed a temping agency. A job came up. Abby had exactly ten minutes to decide whether to accept the post of personal assistant to some thriller writer she'd never heard of. Casey had heard of him and recommended she did. Actually, she reminded her she was in no position to refuse. It would be a challenge, Casey said. Unusual, Casey said. Abby trusted her and accepted.
And now look. Desperate to set off before the weather deteriorated, she'd packed in such a hurry she'd probably forgotten half of what she needed, and she'd been driving for two hours through conditions that only got worse by the minute. She wasn't sure her ageing car could take much more. The wipers were clogged with the thick snowflakes that swirled across the windscreen, reducing visibility to virtually nothing. She had no idea what she would do if something came in the opposite direction — although she was so far out in the middle of nowhere she doubted there was another soul around. That is, apart from Jack Blane — her new boss for the next few weeks — who in his wisdom had chosen to write his latest novel miles from civilization on the bleak moors in the worst winter weather for years. Abby had heard writers liked solitude, but this was ridiculous!
Just as she was beginning to think this whole thing must be a bad dream, her satnav archly informed her she was nearly there. Abby slowed her car to a crawl, peering over the steering wheel like an old lady who'd forgotten her glasses.
"Nearly where?" she asked the machine's know-it-all voice.
A dark shape loomed at the side of the road, and she screeched to a halt. Not a bright move. The car skidded nearly full circle, and Abby had to fight both the wheel and her own panic to regain control. Her heart thudding, she opened the driver's window and stuck her head out. A house of forbidding dark stone, dusted liberally with snow, stood silhouetted against the grey sky. Abby glared at her satnav and back at the house. Well, this must be it. There was certainly nowhere else in sight.
"Great. Out of the frying pan and straight onto the set of Wuthering Heights," she muttered.

Ooh, I just love that excerpt!
Yes, I agree, we all need love and the feel-good factor. Exactly why I like to write romance.