Cats change your life. They bring joy and sometimes a whole cocktail of emotions - frustration, grief, love, pleasure, laughter. They have such unique personalities - each one is SO different. The list goes on.

We had a black and white cat called Cutex which we bought as a kitten only months after arriving back in our home country, South Africa. Cutex wasn't always the easiest cat. She was always hungry!! I used to get so frustrated with her in the kitchen because she nagged me for food constantly. Eventually I got used to it and started to see the humour in it.

She adored dairy. Cheese, butter, cream. Anything with a drop of dairy in it became a treat.

She was also extremely grumpy. Maybe because the last few years of her life, she had allergy and skin problems and didn't like to be touched much. I even tried to cut out dairy from her diet, but somehow she found it and ate it - whether from our plates or in some toast crumbs (with butter). But her grumpiness was funny and I know it sounds mean, but she made us laugh. She was like loving and grumpy at the same time. She used to hold meowing conversations with my husband sometimes. My husband is the resident Dr Doolittle in our home - he has such a way with animals. They all adore him!! 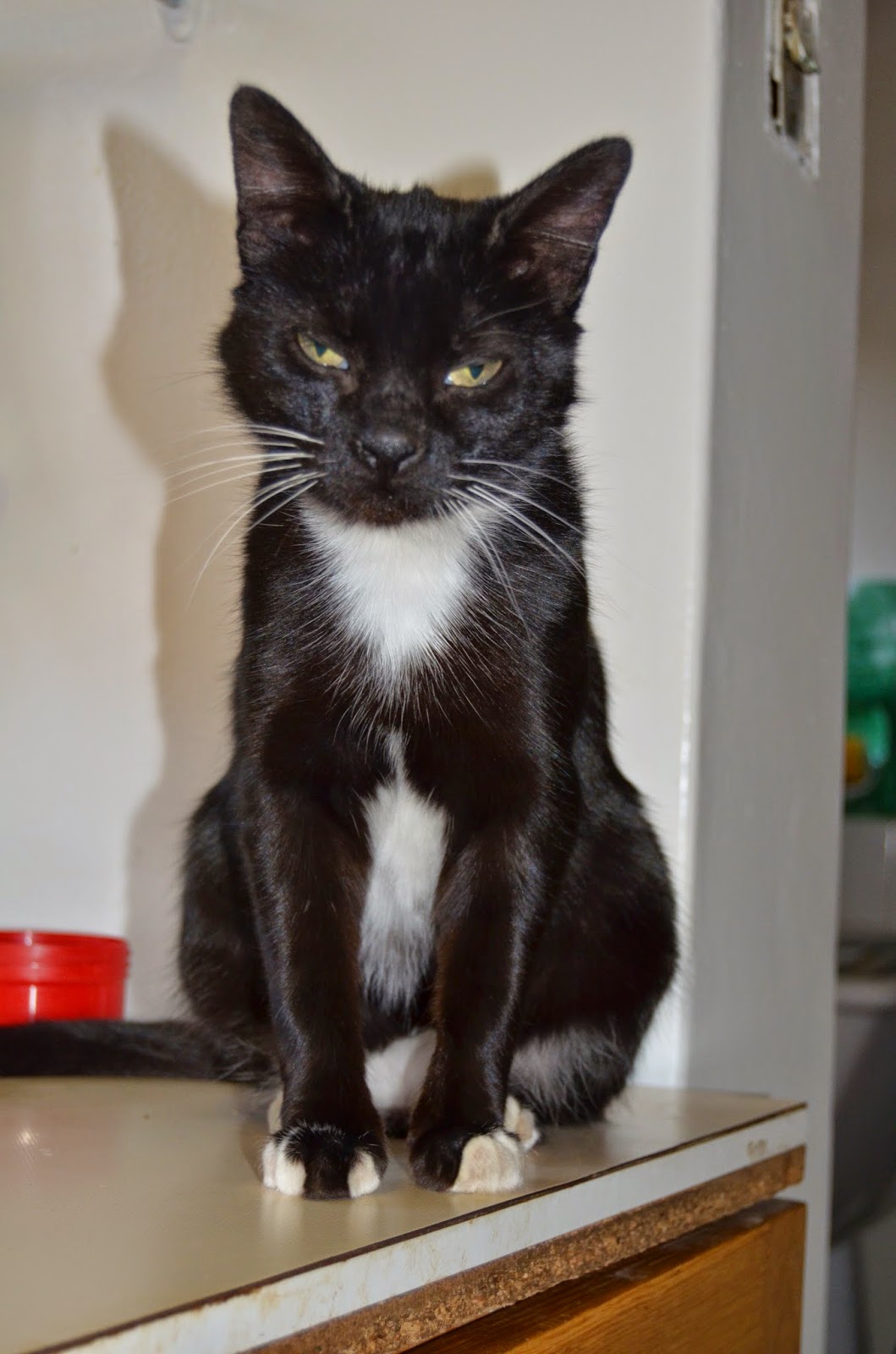 Anyway, she passed away several months back. We still don't know what happened to her but we found her dead in the yard of the people a few houses up from us. Either she was knocked down or attacked and went in there to lie down or her body gave it. She just hadn't been looking good the last few months before she died but there was nothing seriously wrong with her except for the allergies.

My kids really wanted another cat. And so did I. But we were wary. We didn't feel like we could replace Cutex. No, you can never replace a pet. They're each unique and special in their own way. We took a drive out to our local SPCA and looked at what cats they had. Two cats caught our eye - the one was long-haired and beautiful and not so much a kitten anymore. The other one was white with brown splotches and the friendliest little thing. It kept on coming to us and wasn't scared. He would see us off as we went there three times before we eventually chose him.

His name is Laska and he is the most wonderful cat! He's got a great personality. He's fearless. The vet called him "Rambo" when we took him for an injection because he didn't flinch. He's the only cat who's not scared of our two dogs and has befriended the dog that used to chase our cats the most outside.

Laska is playful, energetic yet can look so sleepy sometimes and he actually likes to be held. Not many cats do. When my husband went to Canada for three weeks, the one weekend my kids were away on camp. I was quite lonely. I'm so used to my family around, so it was kind of horrible. Anyway, Laska was great company. He slept in my room for the two nights. He loves to sleep by our heads or necks and purrs loudly most of the night. It's so cute although you don't get much sleep.

Here's a couple of pics of him: 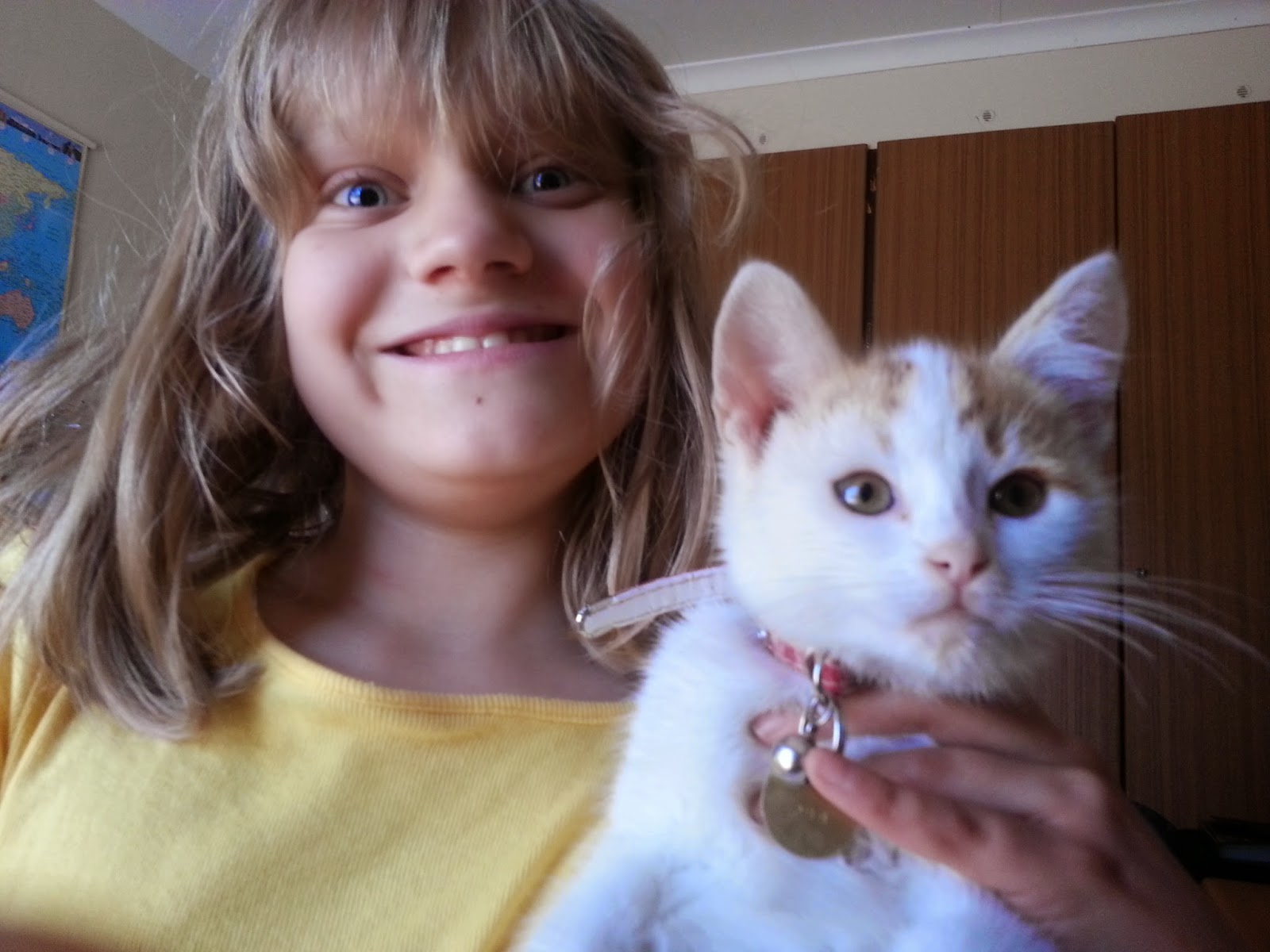 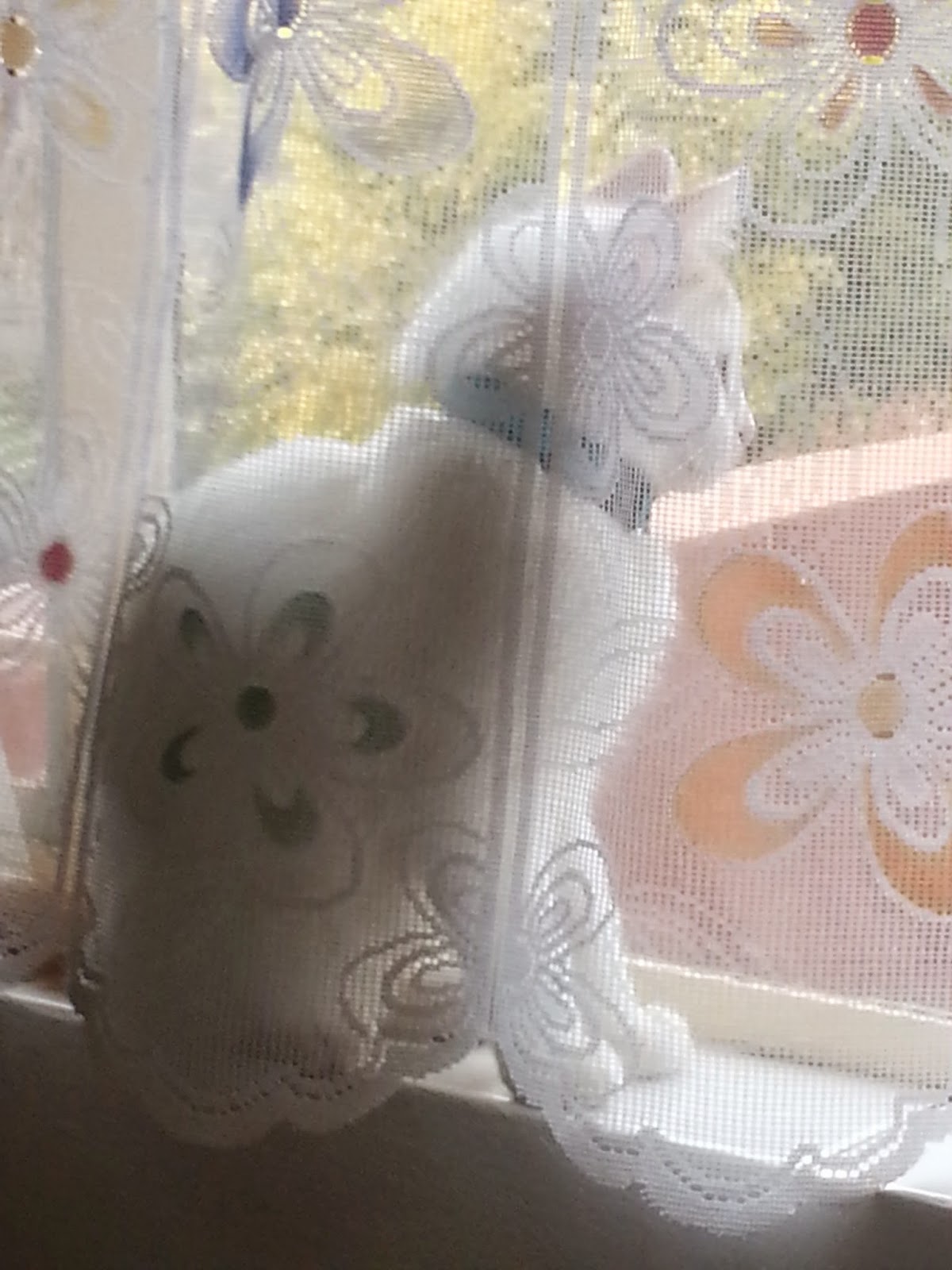 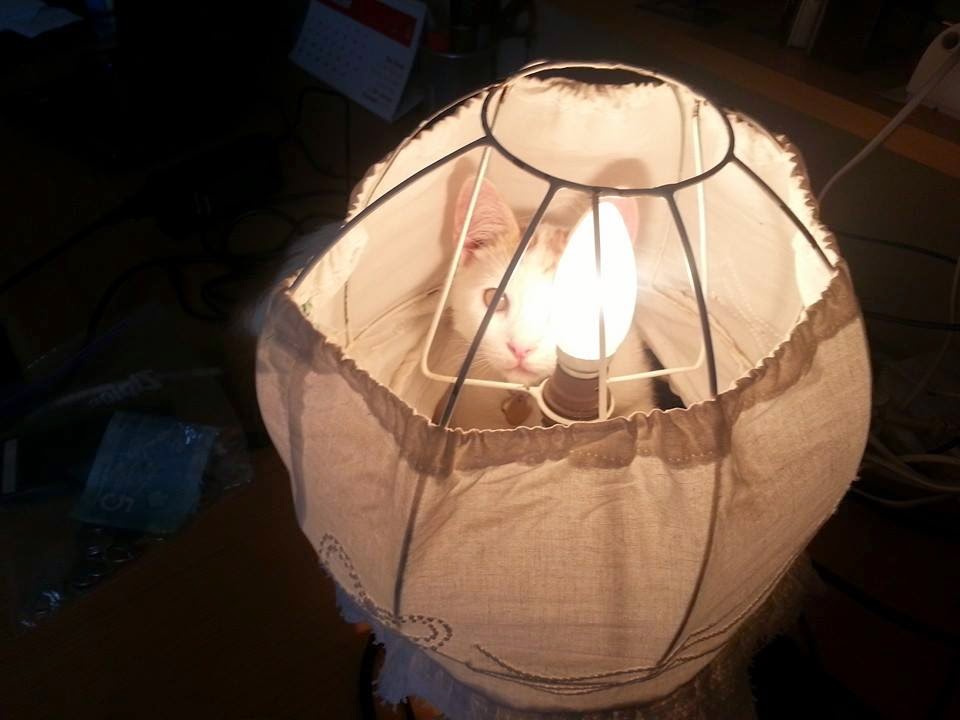 We have another beautiful cat called Ginger. She's sweet and gentle and a wonderful cat. My son and her have a special bond. Here's a pic of her. 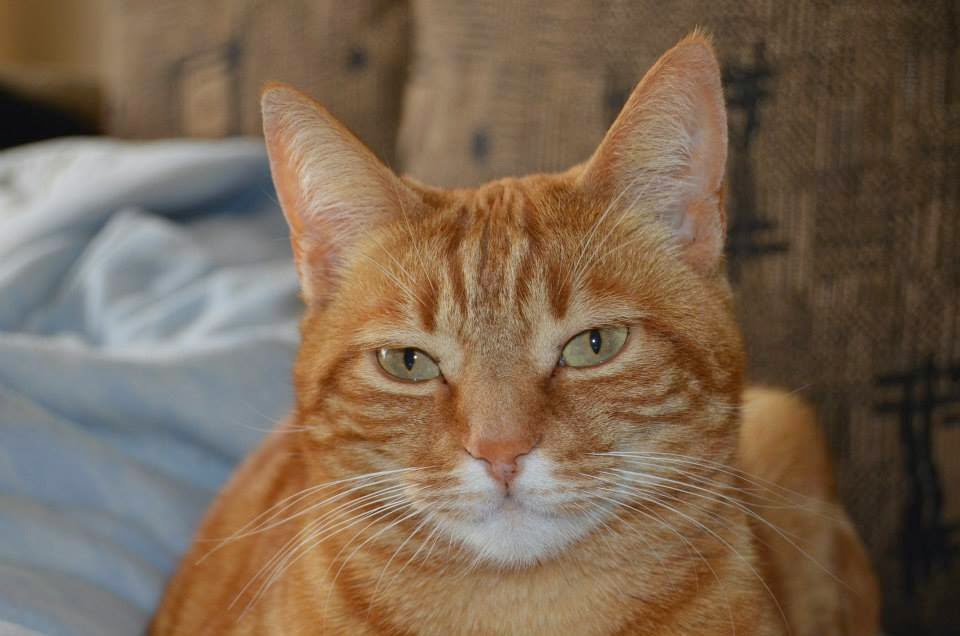 Anyway, you must wonder what this has to do with books and writing. Well, in His Halloween Kisses, the hero Byron give Ali a black cat. She's most upset in the beginning because he doesn't even ask her but just drops it off at her home. I won't tell you what happens, but here's a short snippet from the scene when she discovers he's given her a cat: