What I've Learned from Writing a Series 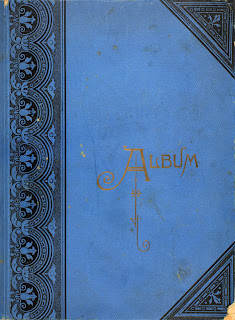 Be warned - this may be a long post. But a fun one!

I've written series before, but not one where the story continues on and the characters are deeply involved in one another's lives. I have to admit. I LOVE IT! No, I didn't love every minute. Sometimes, I didn't know how to go on. Some days, I stared at the screen and wrote maybe two or three sentences or nothing at all! But, I had to share with you the joys I've discovered in writing The Album series.

First off, let me give you a brief overview of what the series is about. Later on, I'll give a blurb of each book and I have a cover reveal for the first one at the bottom.

The Album is a magic antique which shows the owner whether a couple has a good future together. The photos of the couple are placed in the first two pages of the antique book and then the book comes to life with images of their future in the subsequent pages. Four girlie friends who live in a hot, boring place in South Africa share pain - they've never had much luck with men and love. But they have each other. Ella is the matchmaker of the group and she inherits The Album from a relative. Thus begins her adventure in using The Album to bring couples together. Little does she know that The Album also brings magic into the owner/user's life in the form of love and a whole lot more goodness.

Beware - lots of romance ahead.

Why I enjoyed writing this series SO MUCH:

1. I didn't have to think of new characters for each book.

2. I became deeply invested in the characters' lives and loved having them hang on throughout the series.

3. I loved showing the characters from different point of views, for e.g. Andrea, the heroine of Book 4 is quite a tough cookie. Her friends often find her bossy and that she can speak her mind too easily yet they love her. Ella struggles with her straightforwardness the most. Pauline not as much but a bit. Carol gets on with her easily as she's also tough-minded in several ways. Anyway, in the last book, the true Andrea is understood as we burrow inside her mind and heart. True love also changes her as you will find out...

4. I loved coming up with new ways to incorporate the magic into the lives of the characters. I thoroughly enjoyed writing about magic and seeing how it plays it differently with the unique stories and characters of each book.

5. I adored having four girlie friends who stick by each other no matter what. To be honest, I kind of envy their relationships. They're there for each other and support one another through all sorts.

6. I used a series bible to make sure I didn't forget important points from previous books. It can be a bit daunting as I could have gotten an eye or hair colour wrong. I may still find this in editing. But it actually turned out a fun challenge.

7. The message threading through each book also gets threaded through the series.

Here are the not-so-quick summaries of each story. How hard it was to summarise these stories.

When Ella inherits a magic antique photo album that reveals the future of couples, she embarks on a part-time matchmaking business to bring couples together with the help of her three best friends - Pauline, Andrea and Carol. It's always been her dream to help people find true love. But finding true love herself isn't in her plans. Even when her best guy friend Ross confesses he's fallen in love with her. In fact, she's really mad at him because he may ruin their solid friendship. Ross is devastated that Ella doesn't want to pursue more than friendship. He withdraws and when Ella tried to match him to her friend, Pauline, he's not happy. Maybe he should play along with her plan though just to make her jealous. Through a series of adventures and happenings between Ella and Ross, Ella discovers that maybe The Album brings more than love and magic into the lives of people she meets, but also touches her own life. While she uses it to bring people together, she discovers things about love and what's been holding her back in opening up her heart.

Pauline's dream is to run her own cooking school but she's stuck in a boring job at a quiet crafts shop. At least she has her food blog. When, to her surprise, she gets chosen as a contestant in the reality TV cooking competition called The Culinary Dream and flies out to Italy for the filming, her hopes seem possible. She reluctantly assumes ownership of The Album upon Ella's insistence she needs it. Being kicked out on the first round devastates and humiliates her. Pauline decides to stay on in Italy on holiday so she doesn't have to face up to her family and friends. The cute food photographer and cinematographer of the show, Xaden, catches her eye but she discovers he's the brother of the man who broke her heart, so she pushes him away. Then when The Culinary Dream offers her a job as the magazine editor for their show, she can't turn away the opportunity to stay on in the beautiful European country even if she has to work alongside Xaden. As the couple spend time working together, they are drawn close, despite Pauline's fear of Xaden being like his brother and her reticence to any romance. The Album gives her opportunities to impact other's lives and also makes Xaden more curious about the woman with the magic. But there are barriers to their love - her friends' warnings of her getting involved with a fling with the brother of a heart-breaker and Xaden has his own issues about settling down.

The Album 3 - The Magic of Love - Carol's Story

Carol inherits The Album from her friend Pauline. She's always been fascinated with the magic and longed to use it. But then The Album disappears before she has a chance to make use of it. Why her? Why now? Devastated and feeling guilty for losing her friend's antique, she soon discovers her boyfriend, Cliff, is the one who stole it. Anxious for answers and to obtain the antique back, she hires a private investigator to help her out. Darryn isn't into relationships. His main goal in life is to find his late father's killer. That's why he opened up his investigative business years ago. When Carol asks for his help, he's fascinated by her request but even more by her. They embark on an adventure and fly to Canada to find The Album and its thief. Their moments together are charged with sexual tension and attraction. But Carol is devastated by Cliff's betrayal and Darryn holds back because of his pledge. Besides that, Carol discovers that The Album isn't the only magic antique missing. Now she and Darren must find the antiques belonging to several owners back in South Africa who are missing their precious treasures.

Andrea's always found the magic of The Album creepy so when Carol dumps it in her bag, she puts the artefact away. She's been working toward a promotion for years, but when her boss calls her in and gives her a retrenchment package instead, she's devastated and financially desperate. Carol insists she take up the job she was offered by Jeanie, one of the magic antique owners, to help her research in writing a book on the magic antiques. Desperate for some income, Andrea takes up the position while also assisting Pauline in the office of her new cooking school. Really, now she has to interview people about magic? Of all things? Andrea moves into the cottage at the bottom of Jeanie's garden to help save money. Jeanie's son, Trent, the mommy's boy, struggling artist, as she presumes, takes an interest in her and becomes her "saviour." Andrea's going to need all the help she can get as she not only inherits a scary magic album, but also her orphaned cousin, Lucy, who doesn't speak to her at all. How will she help the young teen overcome the grief of losing her parents and adapt to a new environment away from her friends? Trent turns out to be not a struggling artist, but rather a knight in shining armour in her time of need. But Andrea doesn't do romance. No, she's suffered a broken heart that, four years later, she still hasn't gotten over.

And here's the cover of The Album 1 for you to get a foretaste of this FUN series which should be coming out in a few months: 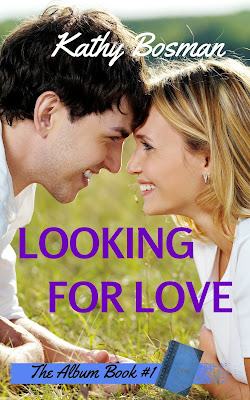