Happy Release Day to Me! We-e-e-e! 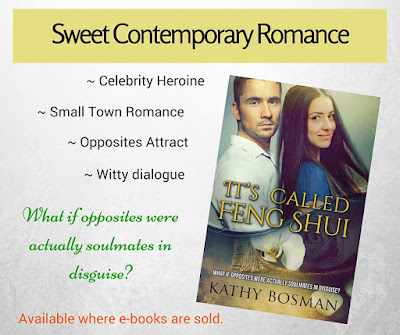 It's been a while since I've had a new book come out and I'm excited as usual. My novella or rather close to full length sweet romance is now out. Please find the buy links at the bottom of the post. I'm going to be stopping by a couple of blogs and also want to have a giveaway - giveaway to go live tomorrow. I want to give away three ebooks - my whole Wedding Girls Series. And the new book. And a beaded necklace. Now isn't that a charm? 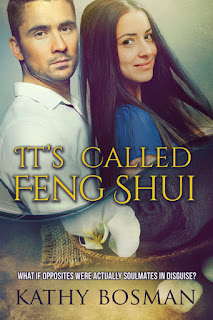 
Renni has burned out from being on tour as the drummer of ‘Eat Your Words.’ When she visits Nolan’s spa at Block Island for a day, she impulsively applies for a position as the assistant massage therapist as a means to drop out of tour.

Nolan is taken aback by the woman in his office with pitch black hair and body piercings. He can’t imagine her working in his spa, but her persistence fascinates him so he gives her the job — on one condition — she gets rids of the excess piercings.

The attraction between Nolan and Renni is immediate despite being opposite personalities. Renni’s fresh energy and charm draws Nolan as does his intensity attract her. Finding they have a lot more in common than expected, they fall in love, but Nolan has a secret and Renni carries baggage from past hurt. Will they focus on their differences or the things that draw them close?

The resort reception area was almost a clone of the one in the spa, yet with three indoor plants and a fountain instead of a large fish tank. Palms were potted in large urns sculpted like Greek columns. Minimalist was a good word for the décor — simple blues, silver, and white — peaceful colors and clean lines. Renni didn’t have much time to consider the connection she made with Feng Shui and Mr. Richie’s comment to her earlier, because he was the one behind the reception desk. Bracing herself for his usual glare, she walked up to him and smiled.
“Don’t you take a break?” She rested her hands on the counter. Close up, he was austere but also uncomfortably handsome. Maybe his austere manner added to the handsome, almost unapproachable feel he gave her, like a demi-god one had to pay homage to in order to gain his approval.
A laugh wanted to bubble out of her at the image. Somehow, he didn’t intimidate her as much as Peggy made out he should. She liked his cold exterior, because she knew it hid something brewing and bubbling beneath the surface. At the moment he was the perfect antithesis to the flirty Curtis. Maybe he was one of the many treasures Block Island enticed to be discovered. Also, she loved that he didn’t idolize her like other men did. He couldn’t care less if her band had won an American Music Award for Favorite Rock Band or reached the top of the charts.
“Your hair’s still black.”
“Donna did a good job, didn’t she?”
“At least it’s not as black.”
She laughed and then took a breath. The exhaustion of the last few months still wanted to take away her laughter and her oxygen. It weighed heavy on her, and she suddenly didn’t feel like fighting with her new boss.
“I’d like a room, please.”
“We only have one available. We’re fully booked.”
“I’ll take it.”
He froze for a moment, his eyes large, and then he put on a professional smile. “It’s next to the penthouse suite on the top floor.”
“Um…do you live here?”
“In the penthouse suite.”
Figures. The man doesn’t fancy being near to me. Too bad. I need to rest. For a long time.
“How much?”
He gave her a figure. Oh well, her savings would be seriously reduced. She sincerely hoped she would soon find a rental home on the island.
“But it’s in terrible disrepair. I haven’t allowed anyone in there for months it’s in such a bad state. So, I won’t charge you anything to stay there.”
“Oh, thanks.”
He grunted. “You probably won’t say thanks when you see it. I’ll fix it up for you.”
“You don’t have to.”
“I should.” He focused on a computer screen and input something with lightning-fast finger-work.
Okay, maybe Peggy was right. He did have good inside. Buried deep inside.
“You’re very kind.”
He jerked his head up and stared at her, his mouth gaping.
“How come you haven’t removed the metal yet?” The mouth transformed to a thin line immediately.
“Um…I want to do it in front of a mirror in private, if you don’t mind. The room does have a mirror?”
Was that a blush? “I’m not sure. I’ll have to check.”
“May I have the keys?”
He unlocked a panel on the wall and removed a key from a hook. When he put the key in her hand, tingles ran up her arm. Whoa! She hadn’t felt that way with anyone the last few years except for Curtis. Curtis! Did she have to think of him?

If you're keen to help promote my book, please enter my thunderclap campaign. Here's the link: http://thndr.me/mK4WH4 Thank you!


The prizes for the giveaway are:

1. Three ebooks - Wedding Gown Girl, Three Tiers for Win and White Christmas Kiss
2. One ebook - It's Called Feng Shui
3. A Beaded Necklace - something like this but of the colour you choose: 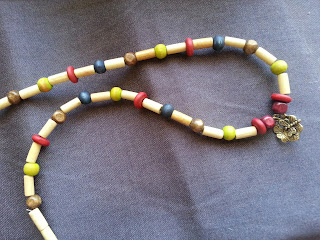