Today, I want to welcome fellow Clean Reads author with her new book, Dayna's Miracles. It looks like a fun, feel good story. 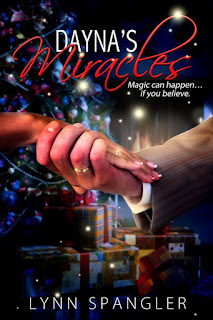 
She had loved. And she had lost.

Dayna Stone had lost her husband eight years earlier when their daughter, Khloe, was only four months old. She had survived the devastating loss of her husband, only to find out she’d likely lose her daughter as well to cancer.

Eddie Kringle is captivated by his beautiful neighbor and her equally beautiful daughter. Born a Magi, Eddie has issues coming to grips that Magi magic cannot cure the child, though his father, Kris, is more than capable. He and Dayna lean on each other as the days pass.

They grow closer and a bond is formed.

A tragedy befalls them on Thanksgiving. Can their love, and the intense love they feel for Khloe, be the miracle they are looking for?


Grabbing his wallet and keys off the countertop, he exited his domicile and bounded down the stairs. By the time he reached the bottom, a sheen of sweat beaded his brow. His T-shirt clung to his back. Breathing underwater would probably be easier than sucking in the damp air.

The choice of cargo shorts and his favorite flip-flops would make excellent attire for a visit to the North Pole. Not. Like he’d wear cold weather clothes on a day hot enough to melt asphalt.

Eddie stepped into the side alley next to the apartment complex. He turned his head, which became insubstantial, light as air. His body followed, becoming a mist, blending with the moisture in the air, invisible to the naked eye.

The trip to the pole took minutes. He coalesced, twisting and spinning as his body whorled into his human form seconds before he landed at his parents’ doorstep. The blood thundered through him, his heart pounding as it did when he transformed.

Snow covered his feet, slipping between his soles and his flip-flops. Not feeling fond of the sensation, he entered the home, closing the door with a solid thud. He slid the soggy footwear off and wiped his feet on the mat. A sigh passed his lips when he stepped onto the heated floor.

“Wow. Two visits in one month. What did we do to deserve this?” said a sarcastic voice from behind Eddie.

He turned and glared at Barry the elf. Eddie nearly had two solid feet on Barry so he crowded the elf and loomed over him. To his credit, Barry stood toe-to-toe with him, staring directly into his eyes, not giving an inch. To irritate the little person, he ruffled Barry’s curling black hair, much like he’d do to a four-year-old.

Barry slapped his hand away. “Knock it off.”

“What are you gonna do? Kick me in the shin?”

Eddie yelped when Barry did just that. Unlike the stories one hears at Christmas, elves don’t wear slipper‑like shoes that curl at the end. They wear steel-toed work boots.

Eddie hopped on one leg while holding his sore shin. “You little jerk. I was joking.”

Barry’s laughter reverberated around the foyer. He spun on his heel, murmuring, “I wasn’t.”


What an interesting excerpt! 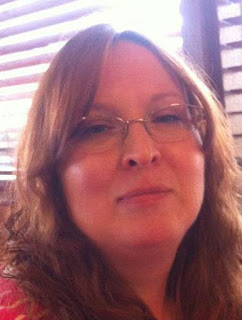 I live in South Central Pennsylvania with my husband and daughter. My son serves his country in the US Navy.

My parents instilled a love of reading into my brother and me at an early age. I’ve been known to have my nose buried in a novel.

When not writing, I’m watching television. Most likely sports or shows like American Pickers, Wheeler Dealers, Rizzoli and Isles, or Major Crimes.