Too Old for Christmas

Today, I have Robyn Echols writing as Zina Abbott talking about her new Christmas novel. She's offering a giveaway too. This book looks fascinating. I love the unusual premise and the excerpt hooks me straight away.

A holiday romance set in 1854 Columbia, California.
Too Old for Christmas, by Zina Abbott.

Irishman Sean Flood survived the potato famine, crossing the Atlantic, the Mexican-American War, and wandering the Western wilderness with his mules and freight wagon. But, due to poor diet and deprivation, his teeth did not fare well. It’s November of

1854 in Columbia, California, Queen of the Southern Mines, a city Sean is helping to rebuild after the disastrous fire the previous summer. Intense stabbing tooth pain drives him to see Doc Massey, the local dentist. He first stops by the mercantile to pick up a bottle of whiskey—for medicinal purposes—and food­­­­ he’ll be able to eat when it’s all over. If only the beautiful but aggravating
woman ahead of him who keeps her face half hidden and insists she won’t accept charity would finish up with her purchase so he can get his supplies, his tooth pulled and return home to his mules and half-built cabin….

That night, Sean meets the woman’s two sons, Jesse and Benjy McNair, and learns her secret. He decides with only three teeth left in his head, he needs widow Ona McNair’s charity—and he’s willing to pay for it. Sean won’t accept nine year-old Jesse’s declaration his family’s poverty means the boy is too old for Christmas that year. Sean is a full-grown man and he’s not too old for Christmas. He not only plans to come bearing gifts to Christmas Eve dinner with the McNairs, but he knows exactly what gift he wants for himself. 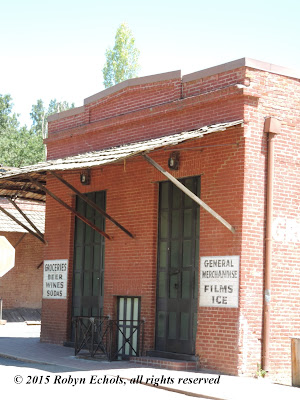 whiskey, some dried beef for flavoring—for he certainly didn’t have the teeth to chew it—and a small sack of flour to have something to cook into a soft gruel for supper. He knew he would not feel like shopping after seeing Doc Massey, the dentist. Those supplies would be his daily menu until his gum started to heal. As much as he preferred the thought of pulling up a chair to warm himself by the glowing wood stove for an hour or more, he didn’t linger once he
felt his clothes start to dry.

Sean shrugged off Mr. Magendie, owner of the retail store, as the man sought to convince him to buy the newly arrived cast iron stove he had for sale. All Sean cared to focus on was buying the whiskey he planned to start consuming as soon as he stepped out the door so he could face getting his tooth pulled. Sean impatiently waved away the man and his polite sales chatter.

Sean’s annoyance over his situation increased as he stood behind the woman talking to the clerk at the counter.

Finish your business, woman, and move on. My patience be wearing thin.

Through his self-absorption with his pain, Sean realized that the woman asked for credit for the three small sacks of goods on the counter in front of her.

“I know I can’t charge to a standing account until the other matter is settled, but if you can just wait until tomorrow afternoon for payment, I’ll have made my delivery by then and collected my fee. I’m owed enough to not only cover this, but I can put some on the other account as well. I promise I will bring it right in.”

“I’m sorry, Mrs. McNair, but Mr. Magendie has given me strict orders…”

“Give over, man, I’m in a hurry, now,” Sean interrupted him, realizing the exchange could take longer than he was willing to wait. “Here…” Sean sorted through the coins he held in his hand in anticipation of paying for his items. He selected one he felt would surely cover whatever the woman was trying to purchase and, leaning past her, he slapped the coin on the counter. “’Twill cover the shortfall, certain. Now, if you don’t mind…”

The woman rounded on Sean, her eyes flashing with anger. “I do mind. I’ll thank you to take your money back and wait your turn. I can take care of my own business and I don’t take charity.”

(Author's note: The Columbia Mercantile at the time of this story was a wooden building. This brick building with iron shutters was built a couple of years later.)

Too Old for Christmas is now available on pre-order at Amazon. You may purchase it by clicking HERE. It will be available on Nook soon.

Zina Abbott is the pen name used by Robyn Echols for her historical novels.