Today, I want to welcome Sue Searles, my step-sister, with her gripping novel, Finding Freedom, set in Nigeria and South Africa. It's a story of the tragedy suffered by modern-day slaves - victims of human trafficking. When I first read this book years ago, I couldn't put it down! It's one of those stories that reaches right down to the heart! Sue published the book on Amazon and it had some wonderful reviews. She has since edited it and it's been published by Clean Reads.

Sue is also offering a giveaway so don't miss out!!! Here is what she's giving away: Lucia's Web 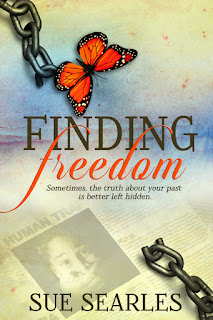 
Action, intrigue, and deception make up this intensely human story.

Naïve Emily Garrett discovers that her safe, secure upbringing has been a devastating lie. Snatched on the day she was born, apparently by the same people she calls her parents, she is forced to learn the reasons for their desperate actions.

Ifetayo Ayassou finally finds the courage to escape her hellish existence as a trafficking victim and, coupled with the difficult healing process, she begins a search for the child she was forced to give away eighteen years ago.

Two women plunged into the underworld of human trafficking, both in search of freedom and truth—and each other. But, will their paths collide?

Her plan was set in motion. Lea would take her usual long walk to the market as if nothing was different. But then instead of returning to the house at the end of the day, she’d go in the opposite direction. Destination Togo—wherever that might be.

A wave of terrifying exhilaration washed over Lea as she stepped out of her mistress’s house for the last time. A collection of painful memories was contained under that roof, each room telling its own horrific story. The idea of living alone on the street was beyond frightening. She’d done the unthinkable, and while the idea made her panic she had a plan, up to a point.

But, she was free.

For the first time in her life she had a purpose—to find her mother and see for herself if the woman still remembered her or cared about her. Until then, Lea would have to watch her back and find a way to survive. She bit back tears, too afraid to let them fall. For now, the sweet taste of freedom would be her main concern, and it was more gratifying than she could ever have imagined.

The congested marketplace drew her in with its roadside bukas, each stall taunting her with its enticing smells of smoked fish and snacks sizzling in palm oil. Despite the comfort of the familiar surroundings, Lea felt unusually restless today, second-guessing her decision for the hundredth time. She was still in familiar territory and it wasn’t too late to turn back. She took comfort in the busyness of the jostling vendors and the colorful stalls, a sight she knew so well. It would be tempting to return to a life that was at least predictable, even if it was horrendous. No! She had made up her mind. Perhaps there was still a trace of the spirited girl she once was, after all.

The unforgiving Nigerian sun sliced through a thick, gray blanket of cloud, enveloping the village in a shroud of dreary smog. Lea made sure she’d sold about half her quota of loaves, before immersing herself in the crowd and taking her first steps of freedom. The sense of exhilaration mingled with pure terror, but she had to keep going. Freedom must be foremost in her mind. She tried to picture her mother’s face, even though the memory was hazy. Perhaps that would keep her calm and help her to press on. She thought of Mother’s arms around her and wondered if she’d ever see her again. Lea swatted away angry tears. This was no time for pipe dreams; she had to be strong.

Soon Lea was in unfamiliar territory. The crowds thinned and she was alone in a labyrinth of back streets with old, neglected buildings and overgrown gardens. Obeche trees drooped overhead, pinning her with dense overgrowth. She felt claustrophobic and trapped in this strange, lonely world. She kept going, the early stage of blisters searing her swollen feet. She rounded a corner and was thankful for the bustling activity up ahead. An elderly man buzzed past on a whining scooter and a pair of stray dogs chased each other across the street. A family of six sat on the side of the road sharing an afternoon meal. Lea had never been this far down the end of town and she started to panic. It was too late to turn back now. In a few hours it would be dark and Alina would know she wasn’t coming back. She determined in herself that she could not—would not—get caught.

As the crowds thickened, she clutched the baskets carrying the remaining loaves of bread. They were her only possessions, apart from the threadbare notebook wedged deep in her waistband. She kept checking to make sure it hadn’t fallen out along the way, and walked until her feet ached.
Before long, buildings cast elongated shadows across the narrow street and darkness wrapped its arms around her. Lea’s anxiety multiplied as her mind wandered to Auntie Alina. Did the woman know yet that she wasn’t coming back? The thought choked her with fear. 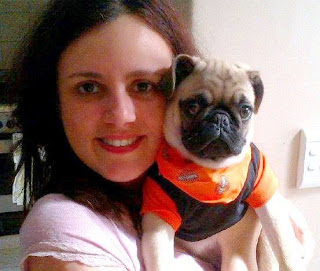 Sue Searles has written several books, ranging from women’s fiction and short stories to poetry and children’s books. Having worked on various forms of storytelling since childhood, writing has been a lifelong passion.

Now somewhat older and wiser, she is passionate about thinking outside the conventional box, and conveys messages that are thought-provoking and life-changing.

Sue is happily married and lives in sunny South Africa with her husband and son.

I found this book while searching for something to read. I was actually in the middle of another book but thought I would read the beginning of this book to see if it would interest me. I could not put the book down once I started and ended up reading into the wee hours of the next morning. My heart goes out to the victims described in Sue's book. Be ready to have an emotional rollercoaster ride. I would love to read more from Sue Searles!!!! (H. Smith)

This is a story that I recommend that everyone reads as I couldn't put this book down. This is one of those books that will forever change the way I think of abuse and living conditions in other parts of the world to include human trafficking and slavery - that still goes on today! This story really makes me analyze and appreciate my own life and gives me some motivation to reach out and try to help others - even more than I already do. As an avid reader of at least five books a week, this is the first time I felt compelled to write a review. I highly recommend this book! (Leah Raeon)

Sad but true story of child trafficking, children being used as sex slaves children being abducted from one country and send to another. Please read this book, this is the story of so many young children who are being enslaved. (DeeDon)

This is a book that is difficult if not impossible to put down! You find yourself grieving with and rooting for Ifetayo and also wanting Emily to get with it! Emily is a very sheltered young woman who doesn't really understand what human trafficking means. Because of this, she is quite put out with her parents for rescuing her (kidnapping her) from human traffickers and wants to return to Nigeria to "find herself". Along the way the author includes quite a bit of information about human trafficking, etc. and it is appalling that this is such a grave concern still today. One piece from the book that I really liked was the following "If you look at a tapestry and turn it over, the back looks like a mess -- you'll see little knots and bits of frayed wool and strange colours splashed all over the place. Then turn it over and it becomes a masterpiece. And that is how God the Father sees you. You are His masterpiece..." The story is well written and all the threads are woven together in the end -- I thought the ending was wonderful! I believe that this book showed that despite the darkness of what people can do to other people (especially women and children) -- God uses other people to bring the enslaved out of darkness into the light. (J. Kingon)

Kudos to Sue Searles for taking the reader on a beautifully written roller coaster ride. This author weaved these two parallel tales together seamlessly. We were taken on Emily's ride and Ifetayo's journey with such detail. As one looking for my own birth mother I was able to feel the pain in this book. I will never look at another working child the same after learning about child trafficking. This is one of those books I couldn't put down and a book all should read. (Rosa L. Ferguson)

This book was well written. It kept your interest and left you wanting to read more. (Bymari Bartleyon)

Buy Links for the Book:

a Rafflecopter giveaway
Posted by Kathy Bosman at Monday, February 01, 2016