Today I want to welcome fellow Clean Reads author, William Davidson, who is talking about his thriller called Missing Person. It looks fascinating. 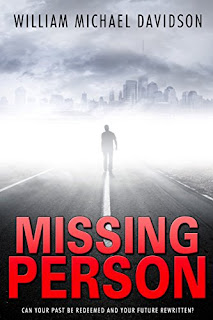 
Brett Cole is one of the nearly three thousand Americans who go missing every day; however, in Brett’s case, he disappears willingly. Thirty years old and disillusioned, he packs his bags (including his Smith & Wesson) and vows to reach Mexico.

Halfway there, Brett stumbles upon a kidnapping and FBI Special Agent Hayden makes it clear that Brett has stumbled upon something far greater: Operation Ethereal (OE), an ultra-secret branch of the FBI in operation since the Hoover Administration, “took” Brett as a young boy because of his ability to pick up timeprints, impressions of the past. After erasing memories of the first eight years of his life, OE reinserted him into society for observation. Now that he has gone off the map, they want him back in their custody.

As Brett flees from the FBI, he must come to terms with his newly awakened gift and what it means. Can his past be redeemed and his future rewritten?


The Dark Man stepped out of the shadows, and they could see him more clearly. A grave, serious expression. A face that suggested years of some kind of suffering—worry, addiction, and pain. It was a face that may have at one time looked attractive but had been worn down by whatever burden it had carried. Dark eyes squinted. His hand reached to the back of his pants where something—perhaps a gun—was probably kept. But one thing was for sure: he was intent on them and them alone. No mistake about it.
“We need to get out of here,” Brett said, pulling Chelsea by the arm. He moved toward the edge of the dance floor and, sure enough, the Dark Man followed.
Brett looked at the exit. He would be able to beat the Dark Man there, but once there, he’d be in a pickle. The Elevator Man in his top hat would be standing there, leaning against the wall and reading his copy of H.P. Lovecraft, but no way would they have time to wait for the elevator before the Dark Man arrived. They could take the short flight of stairs up to the bar, but once there, then what? No way down other than out the massive windows, and that wasn’t an option.
Brett remembered there had been a stairwell also going down that had been chained off. He had glanced down on his way up to the bar earlier and looked down at the dizzying, disorientating abyss of stairwell. This is what infinity looks like, he’d thought while looking down a small, rectangular shaft with endless stairs descending on all sides like an Escher painting. How many stories was it? Thirty? Forty? Fifty?


Without thinking, Brett charged for the exit. Chelsea kicked off her heels and followed him. The Dark Man came charging after them. 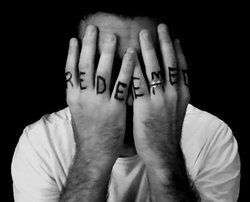 William Michael Davidson is the author of the children's book, The Dragon Who Pulled Her Scales (Winner of the 2013 OCD Book Festival Award), The Dragon Who Tamed Her Temper, Missing Person, and Living Sacrifice. He lives in Long Beach, California, with his wife and two daughters. Always reading, always writing, Davidson is drawn towards stories of suspense and adventure that delve into man's inherent desire for redemption.