The authors of the Second Chances anthology are working together to run a blog tour and are offering some of their books to give away to two lucky readers. We also have other authors who have offered to help and even donate books. Isn't the writing community so supportive?

The authors taking part are:

If I've left you out, I'm so sorry. There are so many that have just jumped in and I'm losing track. Just comment below.

The more places you stop by, the more chance you have of winning one of the prizes. 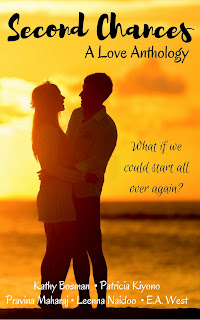 When a couple falls in love, sometimes their relationship doesn’t work out and they part ways. One day they may meet up again. The sparks fly. The hurtful memories rise to the surface. Is it possible for them to heal the rift between them and start all over again? Can they have a second chance at love? Or is it too late? Find out in this feel-good anthology of five unique, sweet romances. All proceeds go to charity: HIC Children's Home, Newcastle, South Africa.

Seeing you've heard all about my story in the book, I'm going to talk about Pravina's story instead:

Italian billionaire Giovanni Ferruccio had sworn never to forgive Brennan Shaw for breaking off their engagement and marrying his cousin Anthony.

Five years later, when fate delivers a widowed Brennan and her young son Luca to Giovanni's door, he is determined to discover the reason for Brennan's betrayal. But after one too many kisses under the mistletoe, Giovanni realises he can’t let go off Brennan and wants to make her his Christmas bride.

She looked up, stunned to see the man she’d never thought to face again. Not after five bitter years.

At thirty-five, Giovanni was one of the most eligible bachelors in New York. Brennan had followed his life and career through the media. She knew he was never short of female company—often seen with actresses, models, and wealthy heiresses.

As Giovanni’s dark gaze locked with hers, Brennan forgot to breathe. Her mind flew to ten years ago when they’d first met. She’d been a twenty-year-old waitress, paying her way through college. Giovanni had been twenty-five with a steely determination to succeed in the world of business. He’d just launched his first Information Technology Company and was in the process of expanding his business when they’d met.

Brennan’s life changed forever when Giovanni had stepped into the café where she worked. It was five days before Christmas on a snowy Saturday afternoon. Giovanni had insisted she sit with him while he had a coffee and pumpkin pie with fresh whipped cream. Her boss at the café was shocked when Giovanni laid down a bundle of notes.

“I’m buying more than your food and drink. I’m also buying the company of your pretty waitress,” Giovanni had told the man, with an air of arrogance.
If it were any other customer, Brennan would have been incensed by such audacious behaviour but immediately there was something about Giovanni that tugged at her. It was more than his darkly handsome features or his Italian accent. She’d served many handsome men at the upmarket Manhattan café, but none had made her pulse race.

Intrigued by the stranger, Brennan agreed to sit down with him, and thereafter Giovanni began visiting the café often, always paying a small fortune for Brennan to sit with him. Their encounters fed the gossip mill of the restaurant staff and had the female staff mooning over Giovanni’s sex appeal.

Soon Giovanni began seeing Brennan away from the café. Brennan suddenly in a relationship with Giovanni discovered she was helplessly in love. She graduated from college and Giovanni was blazing his way through the business world. Then one Christmas Eve, Giovanni stunned her by proposing. It had been the happiest moment of Brennan’s life. But her happiness was short-lived because ten months later she broke off their engagement. Her world had come crashing down around her ears. Giovanni was left gutted by their breakup and Brennan’s heart broke into a million tiny pieces.

“Brennan Shaw,” Giovanni said, the deep timbre of his voice sending a shiver down Brennan’s spine and jerking her back to the present.

“Welcome to my home,” he added, sounding anything but welcoming.

“I didn’t know you lived here.” Brennan dragged her gaze away from Giovanni’s face. Luca stared at his mother with wide, dark eyes, sensing the tension in the room.

Giovanni entered the room, his gaze never wavering from Brennan.

She bit her lip self-consciously. She knew she looked a mess. Her usually lustrous honey-blond hair hung limp and damp, her woollen dress smudged with mud was molded to her thin frame, and her face lined with exhaustion.

Drawing breath, Brennan met Giovanni’s obsidian gaze. “Please, can I use your phone? I’d like to call a taxi,” she said, grateful that her voice was steady.

“I insist you stay the night,” Giovanni said like the spider might have said to the fly.

Brennan gritted her teeth. “Thank you but I’d rather go home.”

“It’s not a night to be out with a child,” Giovanni pointed out, glancing at Luca.

Brennan wanted to scream with frustration. How could fate be so cruel to deliver her on the doorstep of the man who hated her most? 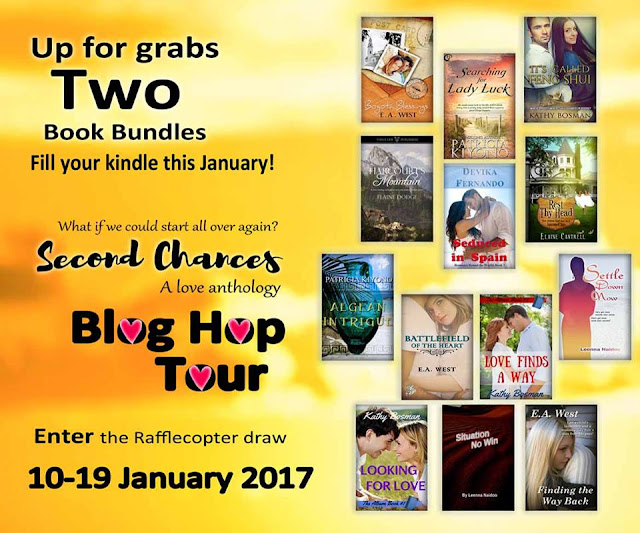 To take part in the giveaway, enter the rafflecopter below or go to the Facebook page and click on the blue giveaway box on the right hand side.