Today, I want to welcome fellow Clean Reads author, John Theo Jr. He is putting the spotlight on his Christian Dystopian Novel. The book releases on the 9 January! 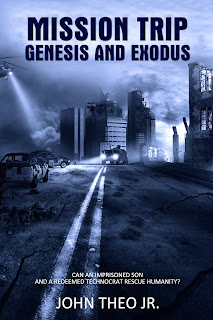 Can an imprisoned son and a redeemed technocrat rescue humanity?

Mission Trip, Genesis and Exodus is the sequel to Mission Trip. In 2077 Doctor Kyle Faison remains trapped on the west coast of New America with a group of villagers he came to help. His father, Landon, races from their hidden underwater city to rescue his son. When Kyle goes missing, Landon tracks him to the city of New Sacramento, where a charismatic leader holds him captive. Landon must find a way past an army of soldiers to reach Kyle before the onset of another nuclear war.

The origin of the underwater city known as the Atoll is revealed in a prequel flashback woven throughout the story. In 2040, technocrat Josiah Saunders has wealth and power and invests much of his resources into life extension technology. He ruins countless lives trying to reach this goal. The combination of a hostile takeover by his competitor, and a failed assassination attempt, send Josiah fleeing into the subway system of New York where he is attacked and left for dead. The narcissistic man soon realizes God has other plans for him, but first he must be broken and rebuilt as a new creature. 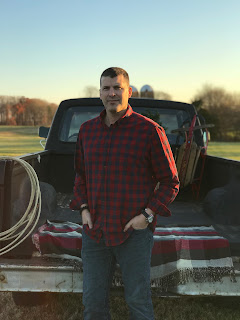 John Theo, Jr. has published numerous articles in New England based newspapers and magazines, and has taught screenwriting at the college level. Mission Trip, Genesis and Exodus is his fifth fiction novel and the sequel to 2016’s Mission Trip (Clean Reads Press). John holds an M.F.A. in Creative Writing from Pine Manor College in Chestnut Hill, MA. For more information on John check out www.johntheo.com.


You can find the book trailer here: https://www.youtube.com/watch?v=W1LBjsWLBbY

The next morning, an explosion woke Josiah from his light sleep. The building moved slightly.

“Open daylight,” he said, throwing aside the silk sheets.

The tinted windows in the penthouse bedroom cleared, revealing the gray early morning skyline of New York. Nothing looked different. Had he dreamed of the explosion? A moment later, flaming debris flittered down outside the windows. Josiah’s stomach dropped, as if following the debris toward the street below.

The speaker on his data pad chirped. “Coming up to get you.” It was Ross. “We're under attack. This isn’t a drill.”

Josiah panicked for a moment before he remembered all the reinforcements and safety measures the building had. It would withstand multiple attacks from a varied assortment of artillery and biological warfare. But why hadn't the alarms kicked in? He threw on a pair of dress pants, shoes, and a sweater, and grabbed his tablet. He wasn’t going to wait for Ross. Before Josiah left the apartment, he glanced one last time out the living room window. There were two sparks of light a few miles in the distance. Trails of smoke followed the flashes through the early morning skyline.

The tablet in his hand spoke in a calm male voice. “Warning. Incoming rockets.”