The Next Big Thing Blog Hop

I've been unofficially tagged by Romy Sommer, author of Waking Up in Vegas for the next big thing blog hop.

1) What is the working title of your book?
Cosmetic Heart

2) Where did the idea come from for the book?Now that’s a hard one. The novel was my Nano novel from last year so the ideas were thought of quickly based on the trope of “fake engagement.”


3) What genre does your book come under?
It’s a sweet contemporary romance, although not as sweet as my others.

4) Which actors would you choose to play your characters in a movie rendition?
Whew, this was a challenge. It’s so hard to find a face that fits the character you have in your head, but Heath Ledger does it the best in this pic: 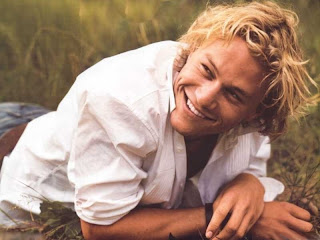 Katie Holmes would make a cute Lisa with her hair lightened a bit: 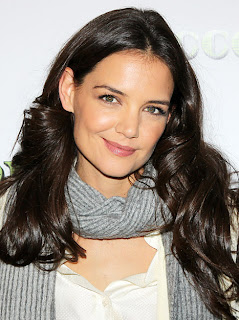 5) What is the one-sentence synopsis of your book?
When Lisa’s boss asked her to pose as his fiancée, she doesn’t bank on falling for him and his family, but can Dan’s love reach past the layers and secrets she’s put over her heart?

6) Is your book self-published, published by an independent publisher, or represented by an agency?
This book will come out with Astraea Press in July.

7) How long did it take you to write the first draft of your manuscript?
A month! It was my Nanowrimo novel. Of course, it needed lots of editing after that and is in the editing phase at the moment with the publishers.

8) What other books would you compare this story to within your genre?I don’t know of a book but a fairly similar movie is “While you were Sleeping” where “Sandra Bullock” poses as a man’s fiancée who’s just come out of a coma and has amnesia. A cute movie although the ending is radically different to mine.

9) Who or what inspired you to write this book?I’ve always been interested in journalism, hence my main characters are a magazine writer and editor. I liked the fake engagement premise especially because of the movie, “While you were Sleeping,” with Sandra Bullock. Part of the book was inspired by an experience I had while writing it – the spider bite part.


10) What else about your book might pique the reader’s interest?
There are plenty of lies, secrets, and betrayal. The setting of the first part of the book is unusual – in a rustic town in the Northern Cape called De Aar. There are also snippets of Lisa’s magazine articles interspersed throughout the book.

I'm not going to officially tag anyone, but put your blog link in the comments block if you have a book soon to be released and want to let the blogosphere know.
Posted by Kathy Bosman at Wednesday, June 05, 2013