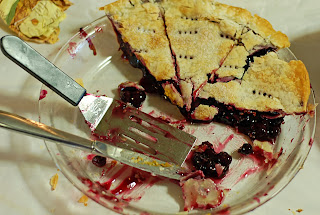 Today, is the 1 November. I've never planned and thrashed out a book so much in my head as the one I'm doing for Nano. I haven't started yet but am itching to get started. It's been such a battle as to when in the story to start. Do I start with a bit of background or straight into when the couple meet and put in some very relevant background in later on? I'm leaning towards the latter.

I'm not a great magazine reader. I prefer books but occasionally I enjoy the Woman's Health magazine especially when it comes with a free exercise DVD. There was an article in the magazine that spoke to me. The gist of the article was that talent, intelligence, and education aren't the only ingredients for success. Grit is a large part of it. Many entrepeneurs and top CEO's went to public schools and didn't get a tertiary education. But they had grit, determination, and endurance. And even though you may not be born with grit, it can be cultivated.

Every now and then I question myself. I don't have a communications or English degree, I didn't start off with great writing talent - I had to learn many skills the hard way through rejection letters, criticisms and bad reviews; I don't have a particularly high IQ or wasn't a great boffin at school. I'm just average, but I can't seem to give up on my writing dream. I think I may have the grit ingredient. Or at least the desire to cultivate it.

The article spoke mostly about being able to stick to sport through pain - like doing triathlons. Now, I know I don't have grit in that regard. I've run a few 10 km races and managed to finish those but I don't know if I could ever do a marathon. I actually don't even have the desire to and definitely don't want to the do the Comrades Marathon like my sister-in-law who has done it several times and seems pretty hooked on it.

But I want to write a best seller one day.

It's been a rocky road so far. Lately, I've been discouraged by so many things. Last night, I started watching a movie called "Blueberry Nights." I love the line in the movie he gives the girl who's feeling terribly rejected after her boyfriend had an affair with someone else.


Elizabeth: Why do you keep them? You should just throw them out.
Jeremy: No. No, I couldn't do that.
Elizabeth: Why not?
Jeremy: If I threw these keys away then those doors would be closed forever and that shouldn't be up to me to decide, should it?
Elizabeth: I guess I'm just looking for a reason.
Jeremy: From my observations, sometimes it's better off not knowing, and other times there's no reason to be found.
Elizabeth: Everything has a reason.
Jeremy: Hmm. It's like these pies and cakes. At the end of every night, the cheesecake and the apple pie are always completely gone. The peach cobbler and the chocolate mousse cake are nearly finished... but there's always a whole blueberry pie left untouched.
Elizabeth: So what's wrong with the blueberry pie?
Jeremy: There's nothing wrong with the blueberry pie. Just... people make other choices. You can't blame the blueberry pie, just... no one wants it.
I've started to wonder if there's something wrong with my writing. Why do other people get rave reviews, many sales and lots of people crazy about their books? My books have been a bit like the blueberry pie at the bakery where Jeremy works. It's delicious but it doesn't sell because people just choose something else. I love blueberries and I love tender, sweet romances. Not everyone has the same taste as me. So, naturally my books won't always sell as quickly as the sassy, dramatic, suspenseful novels. But, hey, it will come. Eventually, the people who like sweet and tender romances will find my books and read them and read more of them. And tell others about them. Yes, there may always be less people who like my type of book, but that doesn't mean there's something seriously flawed with my writing. Sure, I could definitely improve and my aim is to be as good as New York Times Bestselling Writer, Debbie Macomber, one day.

The key is to not take things personally. For a sensitive soul, that's very hard but I'm learning. I hope that someone else will learn from my lessons too.
I'm going to keep on writing now. So, bye for now as Nano begins. Yippee!
PS: I couldn't believe they got James Patterson to do the Nano pep talk for today. Just that extra boost to get me into this really gritty novel!!
Posted by Kathy Bosman at Friday, November 01, 2013