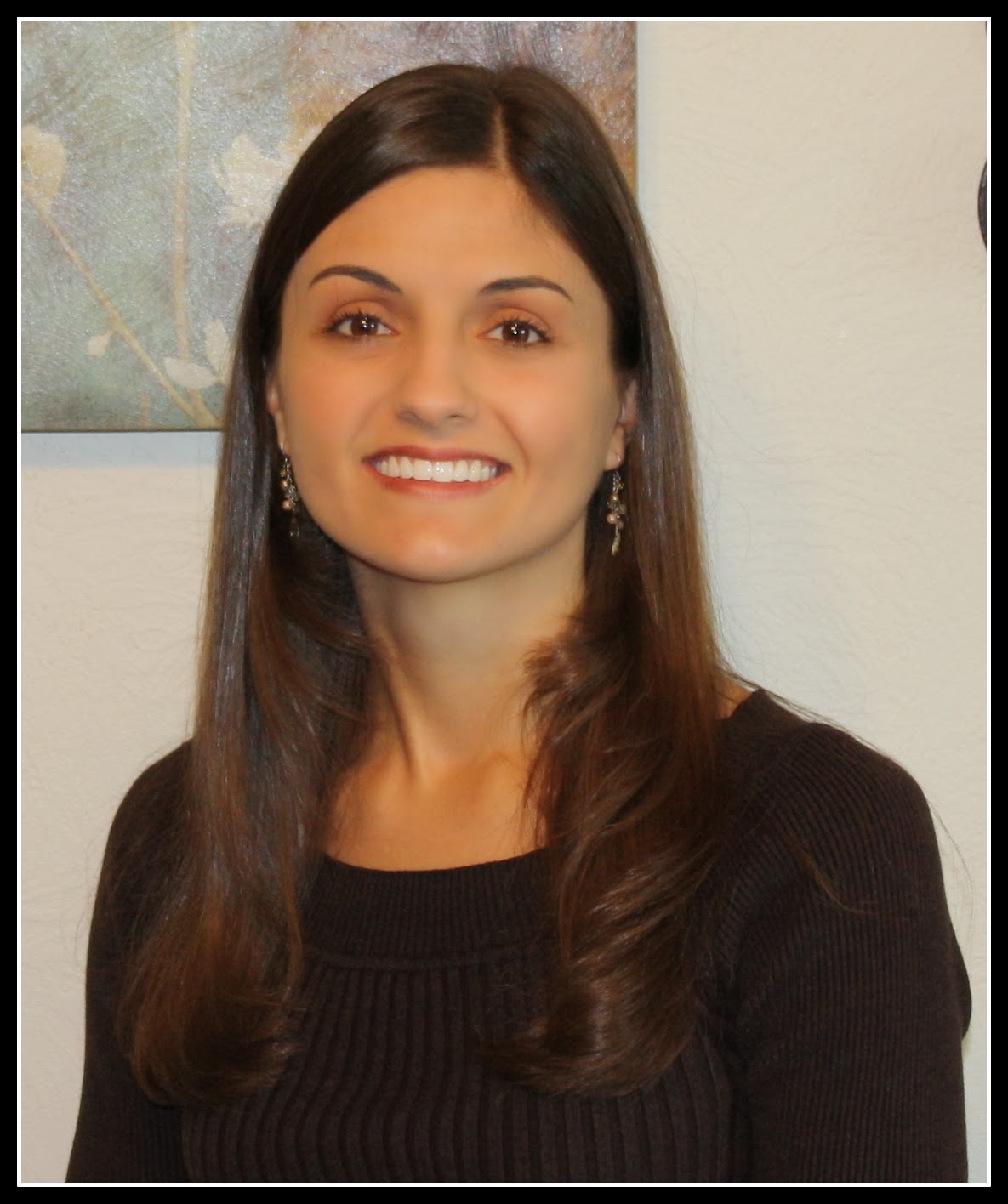 Today, I have Ashley Stambaugh who is spotlighting her debut urban fantasy novel, Collide. The book sounds fascinating! 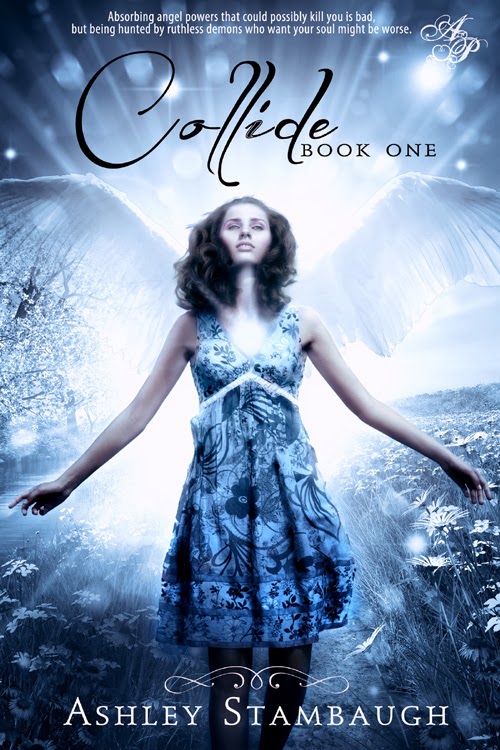 Melina Rowe never thought her quiet, simple life could change to one full of fear and confusion just by accidentally bumping into someone. But after she collides with an elderly man named Walter, she starts to hear people’s thoughts and have unsettling visions.

Walter reveals himself as a guiding angel and explains to Melina that she’s a rare type of human who can absorb angel powers. But her special ability is more of a problem for her than a gift.
The powers are too strong for humans and will eventually kill Melina unless she can successfully use them to help a select individual who’s in need of guidance. Her chances are slim, though, seeing that the handful of other humans this has happened to before didn't survive.

Scared for her life, Melina desperately tries to help a young man named Lee, but his continual resistance and her struggle with the powers make it almost impossible. Her situation only grows worse when a trio of soul-snatching demons is sent by an unknown entity to take her soul and kill her.
As a determined Walter sets out to discover who sent the demons and why, Melina must defend herself from their relentless attacks all while trying to use powers she doesn’t fully understand to help someone who doesn’t want to be helped. If she can’t figure out how to break through to Lee, the powers will ultimately destroy her. But if the powers don’t kill her first, the demons will.


Melina Rowe peered out of her bedroom window and wrinkled her nose. It was late October, so she knew it was cold outside, but it also appeared to be windy. These weather conditions weren’t her favorite, but she was determined to continue with her morning runs until snow prevented her from doing otherwise. She pulled her long brown hair up into a ponytail, slid a fleece headband on over her ears, and zipped up her coat before heading out her apartment door and down the stairwell to her bookstore below. The store didn’t open for another hour, so she had plenty of time. She took a quick look around and then turned to exit through the back.
Starting off in a slight jog, she followed her normal path toward the park, taking in the city in its early morning state as she went. Traffic was light, and there was only a handful of people out and about. The sky was a dull gray, and brown, dried up leaves swirled and danced around her, giving the city an even gloomier feeling. She hoped the blustery wind didn’t mean rain was on its way.
After only a few short blocks, the wrought iron gates that surrounded the park appeared alongside her. She picked up her pace and rounded a corner to her right, making her way toward the entrance, when she came upon an elderly man walking from the opposite direction. They met each other so suddenly that neither of them had a chance to move out of the way. Melina collided with the man, and it was in that moment that it happened.
As soon as their bodies made contact, she felt a powerful surge of energy pass through her and then a bright white light exploded between them, knocking them both away from each other. Melina, who had been knocked to the ground, pushed herself up to her feet, wondering what had just happened. The sensation that went through her body was like nothing she had ever felt before. It was very sharp and intense, like an electric shock, but at the same time it was soothing and warm. The feeling still lingered in her body as she finally looked over at the man.
After catching his balance, he looked over at her, and she noticed his expression of confusion and shock. His mouth opened as if to say something, but nothing came out. He stared at her for a moment and then finally he spoke to her.
“You,” he muttered.
“Excuse me?” she asked, returning his confused look.
“You’re one of them.”

What is the best thing for you about being a writer?
Being able to bring life to the many different characters that develop in my head, and then to see others enjoy them just as much as I do.

What is the hardest thing for you about being a writer?
Rejection.  Even after you make it out of the querying phase and into the publication stage, you still have to worry about your book being rejected by readers.  We authors work so hard on our books, so it can be painful when others don’t feel the same about it.

What genre/s do you write and what genre is your latest release?
This is my first book, and while it does have some romance, the main story line makes it more of an Urban Fantasy.  Paranormal Romance is in my future, though.

What essential things have you learned about writing in the last year?
I’ve learned that I can’t force myself to write.  There have been times when I’ve sat down with my laptop and said to myself, “Okay, you need to get some writing done today,” and then nothing comes out.  If I just let the ideas happen and come to me naturally, then I’m much more productive.

Who is your favourite heroine from your books and why?
Since this is my first book, I’d have to say Melina.  But even when I start to publish more books, I think she’ll always hold a special place in my heart since she was my first heroine.

What type of hero do you like? Super alpha, wounded or somewhere in between? Or even something totally different? You could give an example from a movie or well-known book.
I like a humble hero.  One who knows that he’s the one to save the day, but does it because he knows he can and he should, not because he wants fame or glory.

Tell us about your journey in writing this book.
I completed the first version of this book back in the summer of 2009.  I started to send out query letters to various literary agents and publishers, but after receiving nothing but rejections, I knew I needed to rewrite it.  So I did.  And then I sent out more query letters, only to receive more rejections.  So I rewrote it a third time, and I guess the third time really is a charm.  A little over four years from when I sent out my first query letter, I finally received an offer of publication in the fall of 2013.  And as the saying goes, the rest is history!

Tell us three quirky or interesting things about yourself.
My birthday is the day after Christmas.
I play online computer games with my husband.

My favorite color is brown.

What rituals do you use to help you focus or get the words down on the page e.g. music or a snack?
I have to have some type of background noise.  Music is preferable, but sometimes I turn the TV on really low.  It may sound strange, but my mind tends to wonder from one thing to the other if the room is completely silent.  Oh, and having some type of chocolate to snack on helps, too.

What book would you like to work on next?
Collide is the first book in a planned trilogy, so I’m currently working on its sequel.

Thank you Ashley. I normally read romance but I'm really keen to get stuck into your novel. Of course, brown is a lovely colour - it's the colour of chocolate.

You can buy her book here: Astraea Press and Amazon