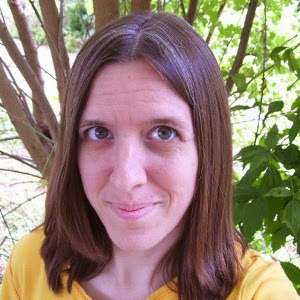 Today, I have fellow Astraea Press author, Elizabeth West, talking about her inspirational YA novel, Different. She writes sweet, inspirational romances of varying genres - touching and beautiful. Accompanying her is the character from her novel, Jezebel Smith, who will give us some insight into herself. 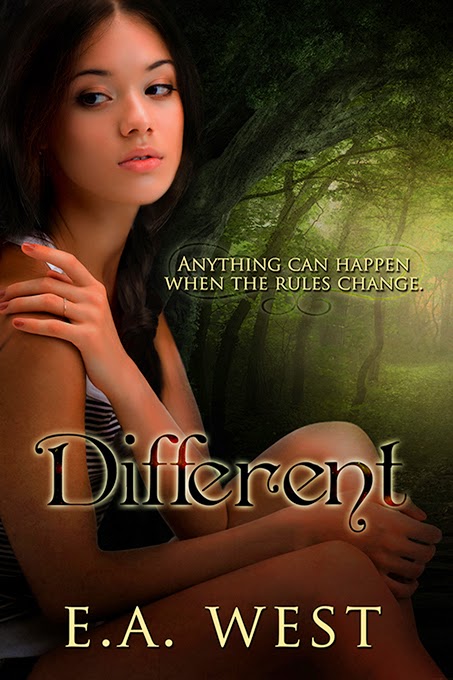 Anything can happen when the rules change.

Jezebel Smith is different. She can’t talk, she doesn’t look like anyone in her family, and no matter what she does it’s always the wrong thing. God accepts her for who she is, but He’s the only one who does. Then she finds an unconscious man in her favorite cave, and her life is turned upside down. New people and new rules collide with the old, leaving Jezebel unsure of which set of rules apply to her life. When the strangers in town attempt to help her out of the nightmare she’s grown up in, it promises to change her life forever.

The distant drip of water echoed off the rocky walls as Jezebel Smith wandered through her cave. Pungent fumes from her kerosene lantern stung her nose, and she wished for a flashlight. But her family would miss a flashlight. They never noticed when she took the old lantern from the barn.

Turning her face away from the lantern, she caught a whiff of the familiar scent of the rocks around her. She loved the fresh, earthy smell of her cave. Through countless hours of careful practice, her hiking boots barely produced a whisper on the bumpy path leading to her special cavern. If she swung the lantern on its creaky handle, however, she could fill the cave with a creepy echo that reminded her of Halloween.

She passed through an opening in the wall and entered a large cavern with several ledges in one end. As she approached the lowest ledge, the glow from her lantern touched an unfamiliar lump on the floor below the rocky shelf and she froze. She knew every inch of this cavern — every rock, ledge, and bump in the floor. No one ever came here. Nothing ever changed unless she changed it. The cave was the only thing she could count on to always stay the same.

This time, however, there was something new. The cave had broken its own rules, adding a boulder where one didn’t belong. She crept toward it, fighting tears of hurt that the cave would trick her like everyone else, and the golden light of her lantern revealed it wasn’t a boulder after all — it was the still form of a man. Her pulse pounded in her ears, so loud it threatened to drown out her own thoughts. Where had he come from? Why wasn’t he moving? Her heart skipped a beat. Was he dead?

Because the book is a brand new release, please follow the link to Elizabeth's website for buy links: E.A. West

E.A. West, award-winning author of sweet and inspirational romance, is a lifelong lover of books and storytelling. In high school, she picked up her pen in a creative writing class and hasn’t laid it down yet. When she isn’t writing, she enjoys reading, knitting, and crocheting. She lives in Indiana with her family and a small zoo of pets.

Where to Find E. A. West


What’s your favourite part of the day? Morning, afternoon or night?

Morning and afternoon are definitely better than night.

If you had to take anyone with you on a long journey away from home, who would it be?

I don’t know. There haven’t been very many people in my life that I would want to go on a long journey with. I don’t really like going places I’ve never been anyway. Unfamiliar things make me nervous.

What is your motto in life?

Name one of your weaknesses that you’d like to work on.

I don’t know if it counts as a weakness, but I have a speech impairment that makes it nearly impossible to talk a lot of times. I would LOVE to be able to talk as easily as everyone else.

What question would you like to ask your creator?

Why did you give me such a difficult life?

If you could do anything over again in the book, what would it be?

I would probably try harder to talk before the day I found Daniel in my cave.

Give a memory from childhood.

A lot of my memories from childhood aren’t things I like to think about. But I do remember the first time I ever caught a snake. I’d been watching it for a while and finally worked up the courage to reach out and grab it. I caught it right behind its head so it could bite me. When I picked it up, it wrapped its long, slithery body around my arm. The snake’s skin was so smooth, and I could feel how strong it was. I’ve loved snakes ever since.

Is there anything you’ve always secretly wished for but isn’t mentioned in the book?

I’ve always wanted to go to a zoo. I love animals, and a zoo sounds like it would be amazing. My brothers and sisters always talked about the trips their classes at school took, but I was never allowed to go on any trips with my family or anyone else. Maybe someday I’ll be able to go to a zoo and see all the animals I’ve only ever heard people talk about.

If you could commission a painting from a famous artist, what would it be of?

I think I would want a painting of the woods or maybe my cave. Those are my two favorite places and so relaxing.

What’s your most embarrassing moment?

It’s hard to pick just one because I have a lot of embarrassing moments. When you’re as different as I am and don’t understand a lot of things everyone else seems to be born knowing, embarrassment is a way of life.

Are you similar to how you were as a child or have you changed significantly? If you’ve changed, what changed you?

I’m only fifteen, so it hasn’t been that long since I was a child. I think I’m still pretty much the same girl I was a few years ago, but two things have changed me. I became a Christian and I got older.

What is the most sacrificial thing you’ve done for someone else?

I risked severe punishment to get help for Daniel when I found him in my cave. He had that cut on his head and couldn’t seem to stay awake. I was so scared, but I knew he needed a doctor. So I went into town anyway, even though I wasn’t supposed to go there.

What do you prefer? Rock, classical, jazz, country or other?

I don’t really listen to a lot of music, but I like bluegrass and Appalachian mountain music. That’s what I grew up listening to, and it feels like home… in a good way.

Dog person, definitely. I like cats and all other animals, except spiders (they are so creepy!), but I’ve always dreamed of having my own dog.

Thank you for stopping by, Elizabeth and Jezebel. It was fascinating to discover more about you. I love knitting too, by the way.