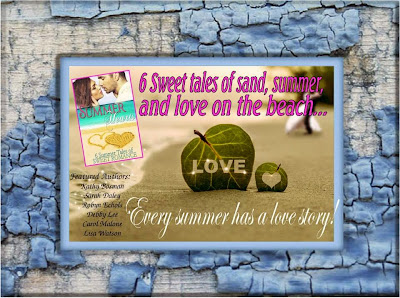 With summer taking over the Northern Hemisphere, many people are flocking to the beaches, browning their skin, soaking up rays and taking out their strappy tops and shorts. What better added joy than to have a romantic book to read while relaxing in the sun?

I joined a group of US writers who wanted to publish an anthology of summer stories. I feel so privileged to be accepted into this group even though I live across the world. Anyway, our book is coming out on the 20 May! We have a cover and it's available for pre-order. Isn't it stunning? 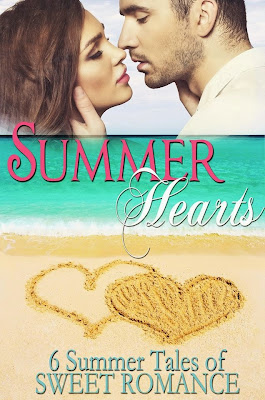 Dreaming in California by Debby Lee

In the summer of 1967, Hollywood actress, Lucinda Baker, appears to have it all - fame, money, and an all too doting fiancé. Dark traits begin to emerge from the man she's pledged to marry, and he threatens her. Lucinda must now lean on her best friend, celebrity photographer, George Creston to escape the clutches of the dangerous relationship. Together they are forced to summon courage, and trust each other in desperate circumstances. Will they find love in the process or lose everything they hold dear, including their lives.

A Summer of Stars by Lisa Watson
McKinley Graham has escaped to her summer getaway to regain her perspective and her health. Zane Davidson has taken refuge in the lovely seaside community, welcoming the healing balm of the salty sea air and his childhood home to mend his wounds. They aren’t looking for love, but their attraction is too explosive to ignore. Against the backdrop of starry nights and sultry kisses, they come to realize that even love may not be enough to save them from the angry storm of his past that threatens to destroy their dreams!

Drowning Sandy by Sarah Daley
The water is calling...
and Sandy can no longer resist the urge to unleash her mermaid form. But a simple swim in Lake Ontario ends when she discovers the truth of her own banishment. When long time crush, Alardo, seems to shift in a direction she never dreamed possible, Sandy must make a choice - mermaid or human? Once she chooses, she can never go back.

Summer Holiday by Carol Malone
In the summer of 1905, Lizzy Gordon’s father dismisses her desires to be a doctor, demanding she become a teacher - a profession which does not allow women to marry.
Teacher Brent Pierce is dedicated to expanding young minds, but circumstances are forcing him to take over the family farm.
Before the summer is over Lizzy and Brent will be forced to make hard decisions. Can they find the courage to each stand up for themselves and still be together?

Shark Boss by Kathy Bosman
When Tara takes up a job at the local aquarium, her colleagues warn her about their harsh boss, Mr. Carter Jones. She soon discovers how impatient he can be, but she also can’t deny her fascination and attraction to him. Carter can’t stop watching Tara as she works but holds back from her because of his secrets. If she knew what he was, she would never want him. Could the reason for Carter’s moods be related to something more troubling than what’s on the surface? Tara soon discovers Carter’s secret, and it only bonds them closer. But the curse starts to take over Carter’s life, and he won’t give his heart to a beautiful woman when he can only cause her pain.

The Best Place to Meet a Man by Robyn Echols
Jeff goes to the beach to run and clear his head. Meredith goes to the beach intent on burying her nose in her book. In this contemporary romantic comedy, these two collide when Meredith’s two young nephews come up with other plans.

You can pre-order the anthology on Amazon here: Summer Hearts

Thank you so much to Robin Alexander for compiling, formatting, and publishing the book and to Sarah Daley for organising all the promotions. Also to everyone else who've helped. What a great team to be a part of!
Posted by Kathy Bosman at Tuesday, May 12, 2015