Why I Regret Publishing More Than 15 Books in Three Years 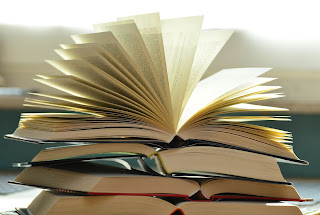 After I obtained my very first publishing contract with Clean Reads (then called Astraea Press), the wind flowed beneath my wings! I took off. The writing just flowed; ideas came to me constantly; the contracts didn't stop. I would write a new book every three or four months, send them off to Astraea Press, and obtain a contract a few months later. They'd be out within 6 months from that. Then I took part in the Ubuntu line (African-style romances) of Decadent Publishing and wrote more books set in my own country. I ended up writing and publishing 4 books for the Ubuntu Line.

It was such fun.

But after a while, it became harder to write. The words didn't flow as easily. I think deep inside I knew they were no longer as much from the heart, that they were forced. But writing was my dream, I loved doing it, and I wanted to make a name for myself as an author. Bringing books out regularly was the way to do it, or so I thought. I tried to self-publish, hoping my sales would pick up then. It wasn't my most successful venture, even though I tried to promote my books and sent them to review sites.

Then the divorce happened and my romance writing almost totally died. I thought it may be the end of it. I still wonder as I've struggled so much. I have to say I'm sorry to both publishers - Clean Reads and Decadent Publishing for letting them down once my divorce happened as my marketing efforts blew up in smoke.

I have managed to write Cat Therapy the last year. It's been great fun. And I'm quite pleased now that I only have one book to focus on for marketing. I realise, in hindsight, that publishing so many books in such a short space of time wasn't the best idea. For these reasons:

1. You have less time to do revisions, go back to your book and edit it when you've stepped away from it after several months. There's nothing worse than being too close to your book - a phenomena we all face just after writing it.

2. You have less money for marketing. And time!! Yes, time. Marketing is a big thing and takes a lot of strategy, time, and dedication. (I'm also pleased that now I don't have to beg my ex for money for marketing, which he always hated giving me. Now I am king of my own finances and can choose to spend on marketing when I wish without grovelling. I always hated the grovelling!)

3. You tend to become numb to the feeling of satisfaction at a job well done. When the books are just flowing out, one after the other, you don't have time to stop and smell the beautiful scent of that masterpiece you've brought out into the world.

4. You get too bogged down with all the admin and marketing that comes with your writing, that you have less time for hobbies and other interests.

But in the end, I take my hat off to those authors who can pull off regular releases and make a success of them. They are true entrepreneurs who have made an art and a business out of their craft! Well done to you. I just don't think that's my thing anymore, and that's all right.

I'm so thrilled to share - I'm about to sign a contract for Cat Therapy with Black Opal Books!


Cat Therapy has had quite a journey so far. Besides the multiple revisions, it's also been a story of hope for me. I didn't know if I'd ever get to publish a romance novel again in my life. It's been so hard to write romance since my divorce. I poured my heart into the book. And my love of cats! I feel like it's a new beginning for me, that I can still write romance. I even have another book idea brewing!!

Here's the tentative blurb to give you an idea of my story:

Two-times divorcee Cherry Smith is quite happy with single life. Well, a little lonely at times, until her elderly friends give her four cats. She already has two cats and a dog. Six cats? Can she handle it? When the kitten needs her shots, she visits the new bachelor vet in town. Dr. Jeff Clark turns out to be even more handsome than what she's heard in the small town where she lives. But Cherry can't let him distract her. She's been burned too many times by attractive men. He makes her feel uncomfortable, especially when she tells him she has six cats, and he seems to disapprove. To pacify him, she says that she's running a cat therapy hotel. As she ponders the lie on her way home, she realises what a fantastic idea it is. With the help of her friend Delia, they set up their bed and breakfast facility.

People start coming to avail of the love of her cats, including a gentle widower named Seb, who needs help with his grieving son. Cherry should really go for someone like him, but when the impossible Jeff Clark keeps wanting to check on her operation, she can't help finding a friend in the man who takes her breath away. Friendship with him wouldn't be a good idea because she likes him too much and it's way too soon after his divorce. So when Seb asks her on a date, she agrees. Maybe if she settled with the safer option, her heart wouldn't be at risk anymore. But when crazy things start to happen around her, Cherry needs a man she can turn to who understands. A man like Jeff.

Cat Therapy is a tender and funny women's fiction about healing, love, and cats!

Find the Beauty in YOU 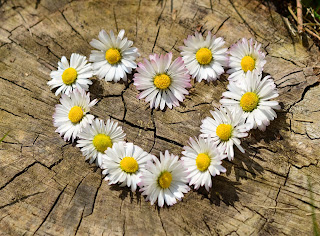 I'm going to be sharing more and more things on self-love - the message I believe I'm meant to share to the world. Here's an excerpt from my book on self-love: Falling in Love with Me - 30 Days of Self-Love, that hopefully will be published in the near future.


The keys to keeping a long-term relationship alive and healthy is choosing to focus on the good things in your partner. It takes a decision sometimes. The relationship we have with ourselves is the only one that’s going to last a lifetime. Grow that relationship. Focus on the good things.
The beauty of it, is that you’re more able to face your shadows when you’re appreciative of your good stuff. In fact, those very shadows are beautiful gifts of growth for us.
Maybe make a list of things you like about yourself.
Write down a thank you to yourself for all the things you’ve done this week to help you grow in your self-love journey.
Find one thing about your body that you like. Everyone has something. Maybe it’s your toenails. Or your belly button. Or your thumbs. Or do you really love your hair?
Perfect.
You came to this earth in this body. I believe that we chose to live this life. We chose this body to exist in. We wanted it. Maybe it’s caused some pain and suffering at times, but it’s beautiful and magical. It’s so complex. It can do so much.
Don’t judge your externals by the world’s standards. This body of yours is a vessel—a magical one that you chose to live through.
Look at yourself as a bouquet of flowers. Some of the flowers in the bunch are more colorful than others. But the duller, more muted ones complement the brighter ones. It all makes up a beautiful harmonious whole. You’re this mishmash of goodness and icky bits, gladness and sadness. Your good parts are the glue that gives the contrast to the whole bunch. When you’re feeling blue, it’s good to think of the good things.
Our culture has taught us to find beauty in only certain things: long legs, flat tummy, sleek hair, small nose, high cheekbones, clear skin, CISgender, etc. The key is to find beauty in a new way—to take a different perspective. Beauty makes life, well, beautiful. Try to find beauty in all people. When you do that, you open your eyes to real beauty. You open your eyes to endless possibilities to experience beauty in your life. You’ll then open your eyes to your own beauty.
Find beauty in the small things: that flower blowing in the breeze, the smell of rain after a hot day, the aroma of freshly baked pizza. Let it feed your soul.

Here is a bonus extra that's not in the book:

Meditation for Finding Your Own Beauty

Find a quiet spot away from technology and people. Take a hand mirror with you. Sit or lie down - make sure you feel comfortable. Close your eyes. Focus on your breath or a part of your body for a few minutes. Imagine a cloak of love falling down from the sky and resting upon your shoulders. Feel the warmth of that love infuse your whole being. Breathe in that love. See it get absorbed from your shoulders into your chest and heart area, then your stomach area, then your legs and your arms, and your head. Feel that warm liquid of love pulse throughout your whole body. See it grow until it surrounds you in a beautiful golden glow. Bask in that glow.

Now see the picture of a lover in front of you. It doesn't have to be anyone you know - just imagine someone very loving and kind. They are deeply in love with you. See them looking at you with such love and admiration in their eyes, as though they have found the greatest treasure of their lives. Feel that love and acceptance beaming from them toward you. Hear them say, "You are so beautiful." Now open your eyes slowly and hold the mirror in front of you. You are now that lover. See yourself through the eyes of that person who loved you and admired you so much. Look at all the features in you that this person or being was infatuated with. Appreciate those things. Acknowledge as many as you can. See yourself through beauty-viewing eyes. If you keep finding fault in yourself, don't berate yourself - just don't dwell on the thought and shift your thoughts towards the beauty-viewing. Smile at yourself. Put the mirror down.

Now close your eyes again. Feel that feeling of admiration, of appreciation from the depths of your being. Pick it up off your body like it's a ball of light or energy. Hold that ball in your palm. Put your hand over your heart and place that ball / feeling into your heart. Pat it to keep it there. Imagine it's found it's home in your heart now. Take a few more gentle and relaxing breaths. Wriggle your fingers and toes. Open your eyes again and focus on the room.