Hi, I hope you are all well on this beautiful day!

So, I've taken one of my old romances I wrote years ago, which was contracted by Clean Reads, and I've changed things up a bit. I received some negative reviews on the book, specially with regards to my heroine. At the time they hurt, but they also got me thinking on how I can improve the book. So, I've fixed her up and made her a much nicer person. I've smoothed out the romance and just plain, old made the book better. It is a bit shorter though.

Anyway, I've decided to put it up as a free read on Wattpad for my readers to enjoy. The first chapter is now up! 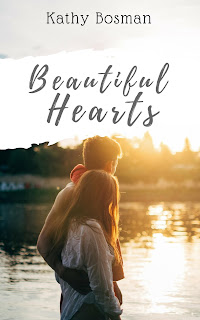 Lisa is petrified, but can't resist saying yes to her boss, Dan Loriet, the handsome but fierce Editor in Chief at Prominence Magazine. He wants her to pose as his fiancee for a New Years' bash at his family's. In return, she may be able to get the promotion she's dreamed of. Turns out Dan's family is the family she's always dreamed of being a part of, and he's not so bad himself, when she gets to know him beneath the strict boss persona. But Lisa has a secret Dan mustn't discover and has several of her own inner demons to conquer. Dan has always been a player. Can he settle down with one woman, no matter how much she fascinates him? They just can't be a couple, no matter how beautiful their hearts are. There is too much pitched against them.
Find it here: https://www.wattpad.com/myworks/167455941-beautiful-hearts
Posted by Kathy Bosman at Wednesday, November 14, 2018