What to do About Love

This is a personal post about my dating and love adventures after marital separation and divorce. I think everyone's story is different, but we all have a story to tell and maybe we can grow and learn from each other's.

As soon as my marriage looked like it was totally unsalvageable, I found myself embroiled in a messy rebound relationship. (Yes, in hindsight I feel terribly guilty about this as my divorce hadn't gone through, but I knew the marriage was over. You just know. I had tried absolutely everything I could think of to save it but nothing had worked.) It sounds cliche to have a rebound relationship, but I think it's quite a common thing, especially after a long relationship where you aren't used to being single and are petrified of the prospect - I'd been married most of my adult life - nearly twenty years. I wouldn't recommend a rebound relationship to anyone, but I think in some ways I needed to go through it. I needed to know that a man wanted me in some way, even though it really wasn't the way I ultimately would like. I needed to know I could still be with someone else. The relationship ended when I realised he couldn't be trusted and I'd ignored some huge, nasty red flags. I discovered how bad my judgement was when I was desperate to find someone to fill the hole my ex-husband had left.

As soon as the marriage crumbled, I also foolishly went onto dating websites. I think because I'd seen how a dear family member had found a beautiful love very soon after her divorce, I thought it was possible for me. So, I went on a few dates with guys, even a couple of second dates, but none of them were right for me. About a year later, I found myself in a relationship with the handyman who came to the house where I was staying. It started when I confided in him some difficulties I was having. Of all the relationships I've had so far, I think he was genuinely one of the nicest. He really was a great guy. But I knew he wasn't right for me and I actually broke it up with him. I felt so bad, but I knew it wouldn't work. That was a plus for me - that I had the strength to end something instead of clinging onto a relationship for fear of being single. After that, I began to realise that I wasn't ready for dating and relationships. I decided that I would wait two years from my separation (when I knew the marriage was over) before I started online dating again. I would work on self-love, healing from my divorce, and finding myself. It was good and deeply healing.

When the two-year mark came along, I went back on the dating websites. I even paid for a couple of months' subscription for one of them. The first time a guy messaged me, we got on quite well and we decided to meet for a walk along the beach. He was polite, friendly, nice. I was hopeful, but still not sure. There were a few concerns. For one, his divorce hadn't gone through yet. I decided to give him a chance so we went on a second date. That one went even better but there was one glaring conflict with us - a religious thing - one I couldn't get over. When I told him that I read tarot cards, he mentioned something about living our lives right so we didn't go to hell. Although the tone of voice he used was soft, I just couldn't reconcile with his way of thinking. We also hit a few communication snags later on. So, I ended it with him. For some reason, that took so much energy out of me and I promptly deleted my profiles off all the sites. I sought spiritual advice on what direction to take in my dating life. I began to feel like I didn't want to meet my future love online. For some reason, it didn't feel right. I couldn't explain why; it was just gut feel. So I trusted that in my social and outside-the-home activities I would one day meet someone.

At a spiritual group I went to a few months back, I met a guy I liked. I messaged him a few weeks later to try to strike up something. Hey, it's now the modern thing for ladies to reach out too. So, I took that bold step. It didn't end too well. He showed no interest. But at least I'd tried.

When my kids went to their dad a few weeks ago, I had much more time to myself, time to think, silence, and solitude. After a week, I decided to go back on the dating sites. This time I wasn't desperate to find anyone as I was mostly happy on my own, but I figured that my kids are getting big now and would soon be heading out on their own. It was high time I started looking for someone. We're told by dating coaches and I'd seen many articles online saying that if we didn't make the effort and get out there, meeting people online and arranging dates, that we wouldn't meet anyone. We couldn't leave it up to chance. We had to be proactive. I still wasn't sure if online dating was my thing - I pretty much knew it wasn't my thing, but I went ahead and signed up on Tinder which is the only free decent one in my country. I trawled through about 50 photos of men in my area, and probably liked about a third to a half of them. I was careful, but also tried not to be too picky and to keep an open mind. The next few days, I waited for some likes back - Tinder lets you know. Nothing. Not a single one. Then the one night I was going through more of them and something happened. I cannot explain it, but it just felt really, really wrong in the deepest part of my being. It felt fake, it felt unnatural. I was shopping for men. It was like I wasn't seeing the men - I was seeing an outward shell. And they were seeing the same with me. And my outward shell wasn't enough for them. I know my worth. I know I'm an amazing person - beautiful, kind, interesting, and intelligent. I felt that I wasn't being valued and neither were they. I also felt in the deepest part of me - my intuition - that some of those men were not good types at all. You couldn't see - you couldn't pick up their vibes because you're not there with them, feeling their personal energy, but I knew it inside. I felt like I dodged a bullet - a really dangerous one - as I deleted my profile the next day.

I stayed  a bit longer on two more apps - Bumble and Coffee Meets Bagel. For some reason I don't get a bad vibe / feeling with these ones. I have no idea what I was picking up on Tinder that one night, but it was seriously way-out-there freaky bad. I have now gone off all the apps again.

I have come to the conclusion, the last week or so, that I'm not meant to date or be in a relationship at this time in my life. It hasn't been easy. There are some days when I want someone really badly. I want someone to kiss and make love to; I want someone to talk to when my kids aren't here; I want someone to share life's ups and downs with. But there's another part of me that really wants to continue on this exciting journey of discovering myself and revelling in my freedom as a single person. Solitude has no longer become my worst enemy. In fact, sometimes I relish it. The silence is like a beautiful presence. It's in the silence and solitude that my connection to the Divine is so much stronger. And I really want to build that connection. I don't want anything to come in the way of that.

Will I ever date again? I'm pretty sure of it. I believe there will come a time, but it's not now. I just know in the deepest part of me - my intuition / gut feel - that it's not the right time.

Before I met my husband, things were kind of similar. I wasn't like other young women - dating different men, getting seriously into relationships, and breaking them off, and starting again. I used to feel out at times, but it never happened. It was weird. It was like I had this bubble around me. I wouldn't say I was particularly ugly. Yes, I was shy and not your ultra-contemporary sex goddess, but I was attractive in my own way. But it was like I wasn't meant to date. With every guy that I was interested in, I would hear this little voice inside me say, "no." The only person I didn't get this with was my ex. It was really frustrating, but I knew it was my intuition protecting me from something. And I'm getting the same thing again. I often see guys I like and then I often get, "no."

I don't know why this is so, but in a way I'm glad. I don't want to go through all the stress of online dating. I belong to several dating advice groups on Facebook and I hear so many stories of people and all the problems they have with online dating. I think of the few problems I've had so far, and I just don't have the energy for it. I feel that we are the stewards of our own energy. I sincerely believe that some people are meant to go through lots of dating to grow as people and discover who they really want. That sometimes they need to go through some difficult relationships. But that doesn't mean it's for everyone. I've sometimes wondered if it's my own fear of getting hurt again that's stopping me. It may seem like that to an outsider looking in, but deep inside I know that's not it. I know it's just not the right time. 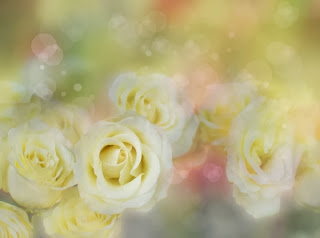 So, I'm at this point now where I'm surrendering to The Universe. I'm not going to control how it's going to happen. I'm just going to trust. In the right time and in the right way, the best type of person will enter my life. For some reason, I'm being kept for them. I'm not into purity culture or "keeping yourself pure before marriage" but I do believe that relationships require an energy exchange and I believe my soul is protecting me from relationships that may be harmful to me until I'm strong and ready enough to handle more.

At the moment, I'm just following my intuition and pursing the things that mean a lot to me and which give me happiness and peace. There is love all around me and it doesn't always have to come from romance. The Universe is romancing me all the time. And it's beautiful. I'm on an exciting adventure of discovery, and I'm loving every moment.