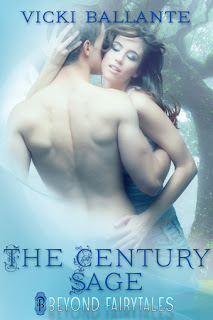 Lina is a tree sage, a gifted person who heals trees, but her duty binds her to one place for her whole life until she marries. Tree sages must marry and birth a daughter by twenty-eight, even if true love is out of the picture. When hot rally winner Brad meets her, he is drawn to her mystical powers. Lina can’t resist the man who represents something she shouldn’t go for, but neither can she turn away his sexy touch. Brad offers to marry her and take her on a world-wide rally tour. She can fulfill her dream of traveling, and he provides a way to meet the demands of her breed, but will that be enough? What about love?


When Lina settles in Paris, loneliness and unfulfilled expectations threaten to pull the shaky relationship apart. Could the barriers between them be caused by an evil greater than they imagined? Soon, they will have to fight for Paris, but will they survive? 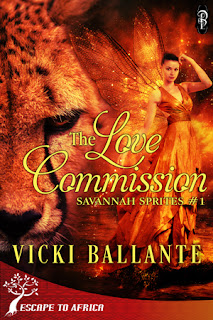 Gelsey is a savannah sprite—a fairy in Africa who works to preserve the earth. She’s a pro at eco-balance, but when the fairy queen gives her a commission to become a human to learn the meaning of love, she’s miserable. She has to give it her best as it’s the only way to get her dream job—to save the African Wild Cat.

After a short time in her new life, Gelsey is swept into the world of Evan’s love. Now, she must make an impossible choice—give up her life with the man who owns her heart or lose her fairyhood forever. 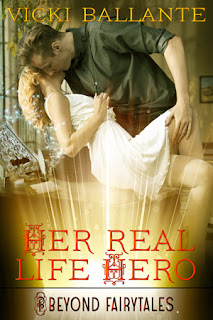 Romance Writer in Training…
Joanie wants to get her romances published but can't seem to get things right with her writing. She buys an antique bureau which the shopkeeper says has magic working through it. While using her new bureau, she begins to talk to the hero in her book, asking his advice on writing, all the while thinking it's her own imagination. She promises he can live in her home, eat at her table and sleep in her bed, if he helps her with her writing. She doesn't think he will actually knock on her door and insist she keep her promise.

He’s made a wish…
Theo has also bought a magic chest of drawers that brings him into Joanie's life. He wants to settle down with one woman, tired of shallow relationships, and Joanie seems like the perfect candidate if it weren’t for her insistence on getting rid of him.

Against her will…
The magic keeps on forcing them to live together and Joanie’s not happy. This is her first year alone and she’s been craving time to herself after looking after her younger siblings and an ailing aunt. Theo’s presence in her home, although unwanted, stirs up needs she’s suppressed for years. When they start to discover things about the magic and why it’s bringing them together, will Joanie recognize another type of magic at work? Will she succumb to the charm of Theo or will her need for breathing space pull them apart? 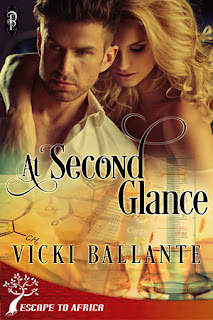 Four years after her divorce, Merryn decides she’s ready to find someone. Joining an online singles site, she connects with the perfect guy. Funny, sexy, sensitive. When he suggests they meet, excitement compels her to say yes.

Kirk pines for his ex-wife, but realizes he must move forward. After several stimulating online chats, he believes the girl he chats to might be the one for him. Smart, sexy, willing to experiment and learn. But when he happens across his ex, all his plans fly out the window.

Will Merryn learn to relax and have fun without giving her heart? Can Kirk forget the past and become the man he longs to be?